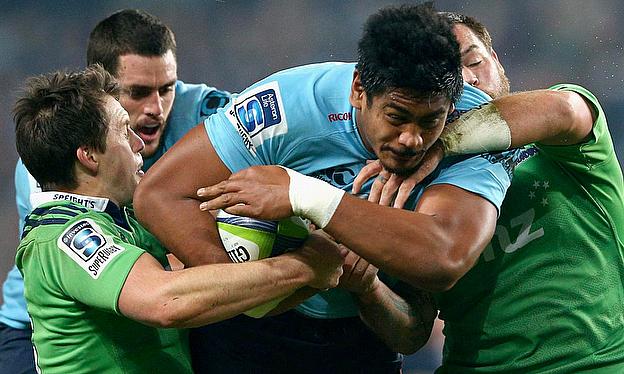 The Highlanders defeated the Waratahs 35-17 in Sydney to set up an all-New Zealand Super Rugby final against the Hurricanes.

Aaron Smith, Richard Buckman, Waisake Naholo and Patrick Osborne scored tries for the Highlanders in the semi-final clash along with a penalty try, while Lima Sopoaga kicked a penalty, drop goal and two conversions.

The Waratahs scored through Rob Horne while Bernard Foley kicked four penalties but it was not enough as the Dunedin-based side booked their place in the final to meet the Canes, who defeated the Brumbies 29-9.

The Highlanders' appearance in the final will be their second after they hosted the 1999 showpiece but lost out 24-19 to the Crusaders.

Highlanders fly-half Sopoaga put the visitors ahead in the fourth minute from the penalty tee after the Waratahs were put under pressure in their 22.

However, the first time the Tahs ventured into the opposition 22 they came away with a try, stand-off Foley launching a cross-field kick that found Horne, who touched down in the corner. Foley took the conversion attempt from out wide but missed adding the extras.

The Highlanders went in front in the 18th minute thanks to Aaron Smith, who claimed an interception and dived over in the corner. Ben Smith, who had taken over kicking duties from Sopoaga who was having a concussion test, missed the conversion.

Foley quickly levelled the score with a penalty before the returning Sopoaga attempted a drop goal which was off target.

Waratahs fly-half Foley put the hosts in front on the half hour mark with another penalty but the lead was short-lived as Buckman got the ball near the halfway line and raced for the line to score.

Sopoaga slotted the conversion to move the Highlanders ahead, with another successful penalty from Foley leaving the half-time score 15-14 in the Highlanders' favour.

After the break, Foley kicked the Tahs ahead in the 49th minute but the pendulum swung back in the Highlanders' favour again shortly after when wing Naholo kicked for the corner then followed up to take the ball and score. Sopoaga missed the conversion.

A fight broke out in the 56th minute with most players getting involved before the Highlanders went back for the original penalty conceded. They took a quick tap and drove over the line, with the Television Match Official awarding a penalty try for the visitors after spotting a swinging arm from Tahs flanker Jacques Potgieter, who was sent to the sin bin.

Sopoaga was on target with the conversion to give the Highlanders a 10-point lead with just over 20 minutes to play.

The Waratahs conceded another penalty near to the halfway line and this time Sopoaga missed, but with the extra man the Highlanders were building some pressure.

Potgieter returned to the field with no further points conceded by his side, but that soon changed when Sopoaga landed a drop goal which put the Highlanders 30-17 in front with five minutes to play.

Despite having the win in the bag, the Highlanders continued to attack and they claimed their fourth try when Osborne beat Waratahs full-back Israel Folau to score. Sopoaga missed the conversion but it was of little consequence.