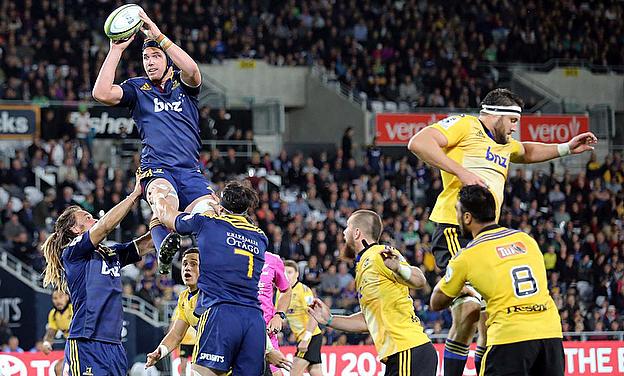 Both the Hurricanes and the Highlanders have named unchanged starting XV’s for the Super Rugby Final in Wellington on Saturday.

Hurricanes Coach Chris Boyd has gone with the same squad that beat the Brumbies 29-9 in last weekend’s Super Rugby Semi-Final and for some of his players, it will be the last time they will run out as Hurricanes at the Westpac Stadium.

Conrad Smith, Ma’a Nonu along with Chris Smylie, Rey Lee-Lo and Ben Franks will leave a huge gap  in the Canes side when they depart at the end of this season, but they will want to end in the best way possible; lifting  the Super Rugby title.

The only change Boyd has made is in the replacements as hooker Motu Matu’u returns from a knee injury.

The major worry for the Canes is the knee injury to Ardie Savea whose fitness will be monitored right up until kick-off, with Callum Gibbons waiting in the wings if Savea is unavailable.

In terms of the Highlanders, Head Coach Jamie Joseph has gone with a six forward and two back split on the bench which will give the already impressive forward pack more power when called upon.

Flanker Elliot Dixon will pick up his 50th Super Rugby cap for the Highlanders as he rounds off a very good year for himself. His excellent form has been rewarded with a place in the Maori All Black squad.

The backs pick themselves for the Landers with the only change coming on the bench as Marty Banks comes in for Trent Renata.

Nasi Manu and Lima Sopoaga have recovered from injuries to start for the visitors.