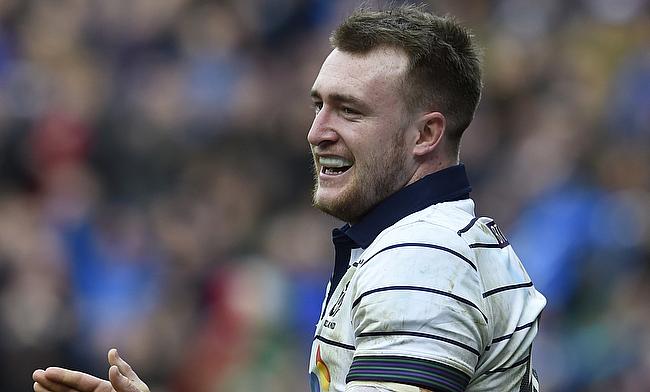 Stuart Hogg kicked the decisive drop goal in the 74th minute as Glasgow Warriors edged out Connacht 26-27 in their Pro14 encounter in Galway on Saturday.

Glasgow currently are at third position in Conference A that also has Connacht at sixth place.

The visitors got off to a terrific start with Tommy Seymour touching down in the 2nd minute for an unconverted try but Connacht's response came in the 12th minute when Jack Carty kicked a penalty goal.

Connacht further upped the ante with a try from Cian Kelleher in the 15th minute that was improved by Carty but his efforts were negated when George Turner dotted down a 18th minute try as Glasgow Warriors maintained a 10-12 lead at the end of the first quarter.

The tries continued to flow in Galway and it was the turn of Finlay Bealham to get his name in the scoring sheet in the 22nd minute but Ryan Wilson responded back with a try of his own in the 32nd minute but a missed conversion meant the scores remained levelled 17-17.

Back to back penalty kicks from Carty ensured Connacht went into the break with a six point lead which became nine in the 43rd minute when the fly-half kicked another three pointer.

Glasgow's trouble compounded when Adam Hastings was sin-binned in the 58th minute but despite the setback they managed to score a try through Adam Ashe and a conversion from Hogg got the difference to two points.

With a tight finish on the cards, Hogg once again had the limelight when he kicked a decisive drop goal in the 74th minute to complete a 26-27 victory.