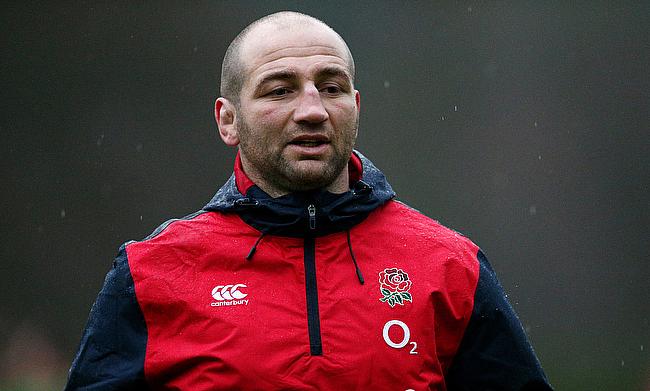 Leicester Tigers have confirmed the appointment of Steve Borthwick as the head coach of the Gallagher Premiership.

Borthwick has been the forwards coach of England since Eddie Jones took in charge of the red rose team post the 2015 World Cup and has been shifted to skills coach for the upcoming Six Nations tournament following which he will head to Welford Road.

Meanwhile, Geordan Murphy, who is currently in charge of the club has been appointed as the director of rugby.

“We are delighted to confirm that Steve will be joining us as head coach. He is regarded among the brightest and most astute young coaches in the game and he played a prominent part in the coaching team which led England to the Rugby World Cup Final last year," said Tigers chairman Peter Tom CBE.

“He has a wealth of knowledge and experience at the very highest level as player and now as a coach, and has a clear vision of where he wants to take the team. We look forward to welcoming him on board.”

The club endured a tough last two seasons where they finished at 11th place in the 2018/19 season and are also at the same place in the ongoing season of the Premiership.

Borthwick expressed excitement about joining Leicester Tigers and is hoping to use his experience with England when he takes in charge of the club.

"The last four-and-a-half years working with the England team has been an incredible journey. I have worked with some brilliant players and staff. In particular I would like thank Eddie Jones.

"To have worked with one the greatest head coaches in the world for so long has been an unbelievable experience.

“I am delighted to be joining Leicester Tigers as head coach. The Tigers have such a long and successful history, and are one of the greatest rugby clubs in the game. Welford Road, with the special atmosphere created by the club's incredible supporters roaring their team forward, is a very special place to be.

“We must now work to build upon that great history, and create our future to get this club to the top of European rugby. It is a brilliant challenge and I am excited to start working with the players and everybody associated with the team".