Sonny Bill Williams commits to 2019 World Cup with All Blacks 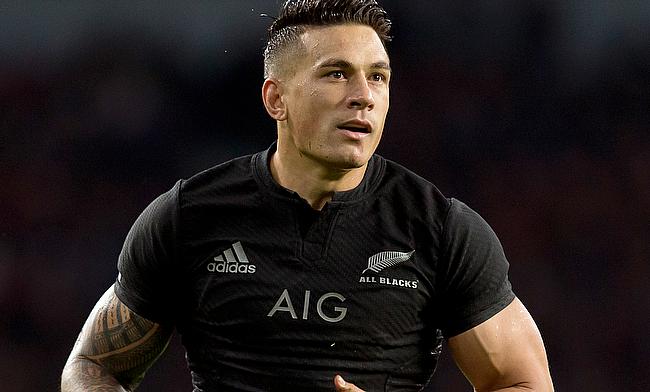 Sony Bill Williams is excited to be part of the All Blacks.
©Press Association

All Stars centre Sonny Bill Williams has signed a new three-year contract with New Zealand Rugby which will be effective until after the 2019 World Cup.

After making his debut in 2010 for the All Blacks, Williams went on to play 33 Tests scoring 45 points in it. In the World Cup, the 30-year-old has made 14 appearances and has scored five tries in it.

Williams, who is used to make one-year deals with the New Zealand board previously, said he had changed his mind after he got a call from All Blacks coach Steve Hansen.

"When you have probably the best coach ever from the 15-man game telling you that you are part of his plans moving forward, that really means a lot," Williams said.

"Straight after that call, I pretty much got on to my manager and told him this is where I want to stay."

However, the Auckland born star player has decided to switch to Blues from Chiefs in the Super Rugby tournament and now will be playing under his former coach Tana Umaga, who had worked with Williams earlier.

Williams also added that he is relishing to be part of the All Blacks and believes pressure brings the best in him.

"I grew up as a league boy, I'm not going to lie," Williams told a press conference in Auckland.

"But now this is where my path is and it's an amazing feeling to be part of such a high quality team.

"I must admit when I first came back I didn't really know too much about what it means to be an All Black. Now I do. I consider myself a rugby player and I just love the environment.

"I love winning, I love the high-pressure environment. I don't know if I could get that overseas."

Williams is now working with the New Zealand Sevens team in a bid to win an Olympic medal which will force him out of the Test series against Wales.

Head coach Hansen believes the decision of Williams to sign a three-year deal will add a lot of stability to the All Blacks line-up.

Hansen also believes Williams has a strong leadership quality and will be a force to reckon in the future.

"He's a freakish athlete and is one of the best if not the best in the world in his position. We saw at the World Cup how he made a difference every time he played," Hansen said.

"He now has a really big role for us coming on board for three years to develop other people around him.”