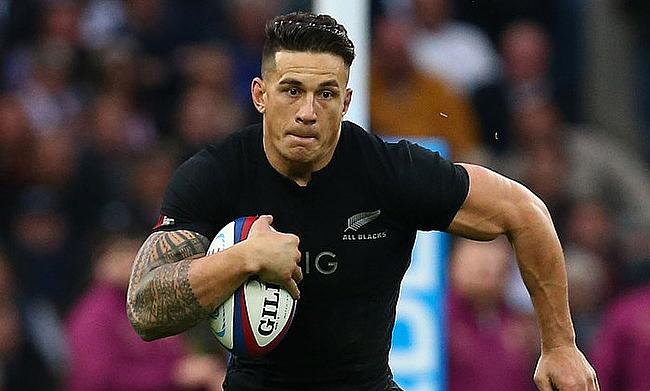 Sonny Bill Williams will miss the opening game for the Wallabies in the Rugby Championship.
©Press association

New Zealand centre Sonny Bill Williams will join the All Blacks squad for the Rugby Championship on completion of his current stint with the Sevens national team in the upcoming Rio Olympics.

Williams, who missed the recently concluded Test series against Wales due to his commitment with the Sevens team will join the Wallabies squad ahead of their second game in the Rugby Championship in Wellington.

New Zealand head coach Steve Hansen has retained most of the players from the Test series against Wales except for Damian McKenzie and Seta Tamanivalu, who have been dropped while Charlie Ngatai is unavailable for selection.

"Depending on how he turns up after the Olympics, what shape he’s in fatigue wise and mentally, he may miss the second one or he may be involved."

Earlier, Hansen had extended his contract with the All Blacks until 2019 World Cup in a mission to target the third successive World title. However, the 57-year-old admitted that his immediate focus will be on claiming the Rugby Championship.

"One is to re-establish our team, from a leadership and playing point of view," Hansen said of the team's goals in a New Zealand Rugby statement on Monday.

"The second goal is to grow the understanding and confidence of our newer players, both on and off the track; and thirdly, we want to play a standard of rugby that we can all be proud of and excited by.

"The quality of the opposition we'll face... will require a growth in our physicality, intensity and the standard of our preparation. How well we do that will be reflected in our results.

"By the end of the tournament, we'd expect to have a greater understanding of where the 32 individual players are at, and their ability to cope and perform at test level."

The squad will assemble in Auckland on Thursday for a two-day training camp. However, the players featuring in the final of the Super Rugby tournament will join the squad on the conclusion of the tournament.