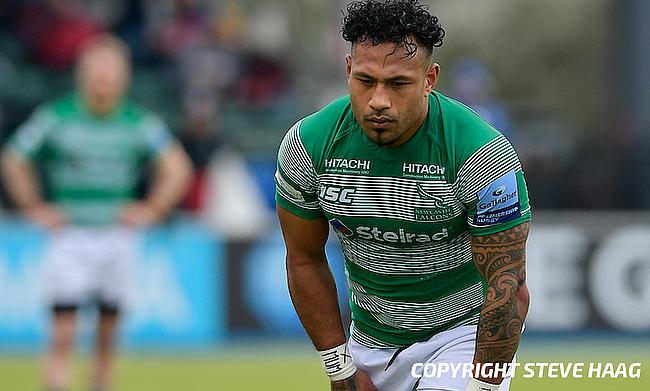 Toulon have announced the signing of Tonga international Sonatane Takulua from Championship side Newcastle Falcons.

Takulua started his professional rugby debut with provincial side Northland in 2012 with his Super Rugby debut for Blues coming two years later. He made a switch to Newcastle Falcons in 2015 and has made 94 appearances for the club since then including 70 Premiership games.

The 29-year-old has started in eight out of the 19 games for the club this season.

“I’ve really enjoyed my time in Newcastle, where I’ve made lifelong friends in a great city," he told the official website of the club.

“I would like to say thank you to everyone at the club – a good club – and also to the Falcons fans for all of your support during my five years there. It has meant so much to my family and I.

“The boys have gone really well this season so I’ve got absolutely no doubt they’ll finish off the job of getting back up to the Premiership, and continue to grow from there.”

“This is the opportunity of a lifetime for Tane and his family, and we could not stand in his way given how much he has contributed to the club during his time here," said Richards.

“Tane has been an outstanding professional and this move will set his family up for life, so he goes with the thanks and best wishes of everyone involved in the Falcons family.

“I’m sure our supporters will join me in showing their appreciation for such a fantastic player and person, and I am confident he will go on to enjoy a successful stay with Toulon.”

Takulua made his international debut in 2014 and has gone on to play 38 Tests for Tonga and last featured for them during the 2019 World Cup.

The Falcons are at the top of the Championship in the ongoing season with 13 wins from as many games and have a 12 point lead over second placed Ealing Trailfinders.

Toulon hit back at Rhys Webb