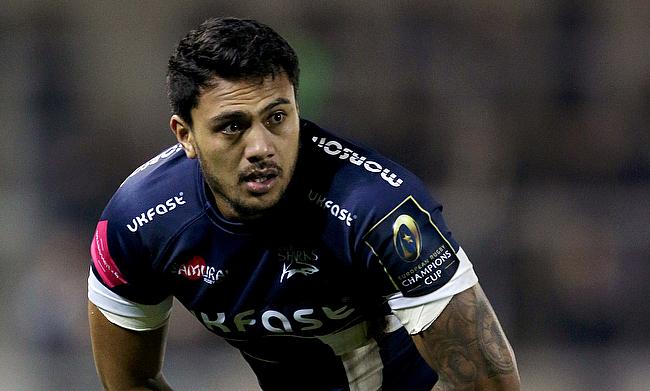 Denny Solomona scored a hat-trick as Sale Sharks went on to beat Northampton Saints by 25-34 in their Aviva Premiership encounter at Franklin's Gardens on Saturday.

This is Northampton's 11th defeat from 17 games in the Aviva Premiership as they slip to the 10th place while Sale Sharks move to seventh.

All three of Solomona's try came in the first half in the 4th, 25th and 34th minutes as he extended his tally to 10 tries this season for Sale. The visitors went on to claim the bonus point inside the first half with Marland Yarde also finding himself in the scoring sheet with Faf de Klerk kicking all four conversions and a penalty to take their tally to 31 points.

Northampton's only response in the first half came through a double penalty from Piers Francis as they trailed by 28 points.

Sale Sharks' momentum was dented a bit with Jono Ross sin-binned in the 42nd minute and Michael Paterson touched down to bring down the gap to 21 points which reduced to 16 with try from Rob Horne that came 10 minutes later.

The infringements from Sale Sharks continued as they suffered their second yellow card. This time Mike Haley sitting out for 10 minutes but the home side failed to make use of the numerical advantage this time and instead de Klerk kicked his second penalty to make it 18-34.

With 11 minutes to go, Heinrich Brussow provided some hope for Northampton but the final push did not quite come as they succumbed to a nine point defeat.