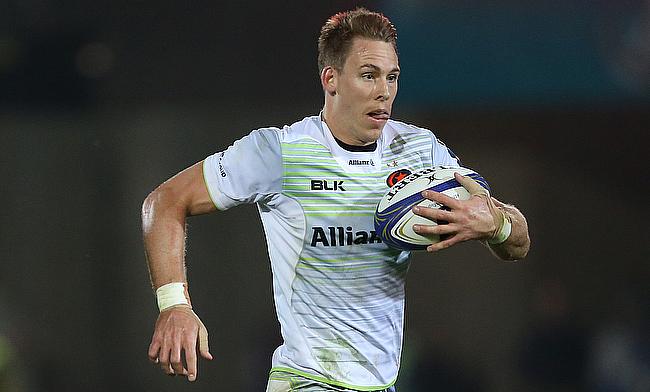 Liam Williams remained the only try-scorer as Saracens managed to beat Sale Sharks 3-13 in their Aviva Premiership encounter at AJ Bell Stadium on Friday to reach the pole position in the table.

Saracens now have 53 points - two more than second-placed Exeter Chiefs - having played an extra game while Sale Sharks continue to remain at seventh place with 37 points.

The first points in the game came in the 12th minute when Liam Williams sliced Sale Sharks' defence following a slip from Marland Yarde and went past the line with Ben Spencer adding a conversion to take a 0-7 lead.

Spencer had an opportunity to extend the lead but he missed a penalty in the 20th minute but soon both teams were reduced to 14-men each with Rob Webber and Williams both sent to sin-bin in the 31st minute.

A penalty from Faf de Klerk helped Sale Sharks reduce the arrears but Spencer with his first penalty at the stroke of half-time restored Saracens' seven-point lead heading into the half-time.

The visitors maintained their ante in the second half and almost managed a breakthrough following Chris Wyles’ break and Alex Lozowski’s chargedown. Though the try did not come, the pressure created resulted in a second penalty kick for Spencer as they stretched their lead to 10 points.

Sale Sharks tried to create opportunities with fine set-piece move allowing Marland Yarde to break the line but Mark McCall's men were outstanding in their defence as they maintained their 10 point lead for the rest of the game.