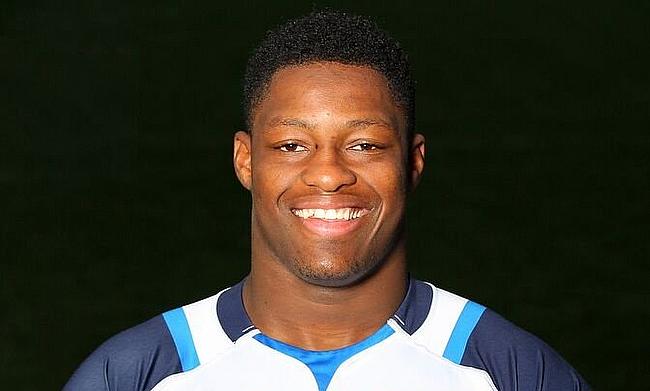 Future look: 2019/20 Premiership XV of the Season
Warrick Gelant – The young Bok that is turning heads
Dan Grange: ‘I now love the sport which I once hated’
Sam Skinner: Taking Opportunities
Ben Christie: Crossing the boarder

Darlington Mowden Park's Simon Uzowke has recently signed a two year deal with Newcastle Falcons and he talks to TRU about his journey from Ipswich to the Aviva Premiership.

It was February 28th 2016, and Marcus Rashford, a striker for Manchester United, was preparing to make his Premier League debut at Old Trafford against bitter rivals Arsenal. It was well documented that the 18-year old forward had grown up as a diehard Man Utd fan and to play in this kind of fixture was a dream come true.

Instead of it being in one of the biggest leagues in world sport, it was in fact in rugby’s National League One where Simon Uzowke was starting to make his mark for club side Darlington Mowden Park. “It is great to see that talent been given a chance at Man Utd because they all making a good impression, but it also applies to rugby. Just look at the current England squad. If you get an opportunity, you have to take it”

As Uzowke prepares to put his feet up for the summer after a gruelling campaign in the third tier of English rugby, a quite remarkable 12 months in his life will be at the forefront of his mind. He left the Darlington Arena at the end of April as a player whose career has now taken a whole new path. He’s had a “mental” year, as he later put it.

It’s easy to see why Uzowke sounds over the moon when I speak to him on the phone. For some young players, all they are focused on at this stage of their lives is getting a university degree and enjoying their rugby. But for Uzowke, a degree in pharmacy will be an added string to his bow after recently signing a two-year contract at Aviva Premiership side Newcastle Falcons.

“I genuinely couldn’t believe it when I found out about the move,” says Uzowke, who is currently coming to the end of his second year at the University of Sunderland. “I think I was involved in every game apart from two for Mowden Park this year, so to hear about the move to Newcastle really was a pleasant surprise.”

Next season, Uzowke will stay at Darlington before moving over to Kingston Park in order to help him develop his talent further, but also it will give him the chance to stay on top of his studies. And yet, despite all of this deservedly falling into place for the back-rower, he actually hated his first ever experience of playing the sport which now will be a huge part of his life. “I really did hate rugby at school,” Uzowke says. “I remember playing for the year above in my first game on the wing and it was freezing. I thought to myself “Why am I even doing this?’”

But Uzowke gave it a second chance and he is now reaping the rewards. He was just interested in playing a sport that he was growing to admire. He played for his local club Ipswich before his first step on the professional ladder saw him spend some time in the Northampton Saints academy.

For some, this would have been overwhelming considering Uzowke was still at school and had never played at this level before. But the now 20-year old simply loved being involved in the Saints’ set-up. “Of course, I was nervous, but to see the likes of Dylan Hartley and Courtney Lawes every day was an experience I couldn’t let pass me by,” adds Uzowke. “It was a great environment to work in and I really learnt a lot from it. That was my first taste of professional rugby and from there, it was my aim to get myself back to that level after my time with Northampton.”

A young lad from the South-East of England was starting to impress and with some experience already under his belt, Eastern Counties were prepared to give him a chance and suddenly, a change in lifestyle was about to occur for the forward.

He took to the field for his county against Durham after just a season at Ipswich where a few of the current Mowden Park players lined up against him. But rather than resting on his laurels and being pleased with is achievements, Uzowke was already looking to the future. He had begun highlighting universities in the North-East of England where he wanted to attend, but he also wanted to continue playing rugby.

After gaining a place at Sunderland, Uzowke took it upon himself to enquire about trials for the upcoming season with Darlington. Considering he was moving to the opposite end of the country where he knew a handful of people, Uzowke’s confidence and desire to play the game was admirable and it certainly has paid off. Two years on after that request for a trial, Uzowke is thriving at Darlington.

“It was big move for me,” says Uzowke. “However, Director of Rugby Danny Brown has been brilliant with me and the squad which we have had here over the last two years is one which is full of quality. I knew a couple of the guys when I first joined the club, which made moving here much easier and I am really enjoying my rugby up here.”

Uzowke uses the words, ‘really enjoying’ but as an outsider looking in, I feel that those words are an understatement. The hooker turned back-row certainly had a sensational season for a Darlington side that finished in the top half of National One this term, but for all the plaudits he was getting a club level, he was about to be called upon for the England Students on the international stage.

“This was another surprise to me!” says Uzowke. I had never played at any other level for England so this was the first time I wore the white shirt. It was a proud moment for me and it was great two weeks away in France and then Ireland. I couldn’t speak more highly of the process there.”

But people were starting to speak more highly of Uzowke. After been selected for the Students training squad in February of this year, he had to wait until just before the fixture against France in April to find out if he would travel with the side. However, it didn’t take him long to prove to the selectors that they had made the right decision in choosing Uzowke.

“I came off the bench and ended up scoring a try late against France,” adds Uzowke, ”I couldn’t take that moment in during the game as we were three points down at the time, but afterwards I was like ‘Jesus! I just scored for an England side.”

Uzowke joined the England Students side as the only representative from Sunderland. He says that some people knew who he was and some people didn’t, but after the season he has had and the move to the Falcons, the name Simon Uzowke will be a more familiar name within the world of rugby in years to come.