Warrick Gelant – The young Bok that is turning heads 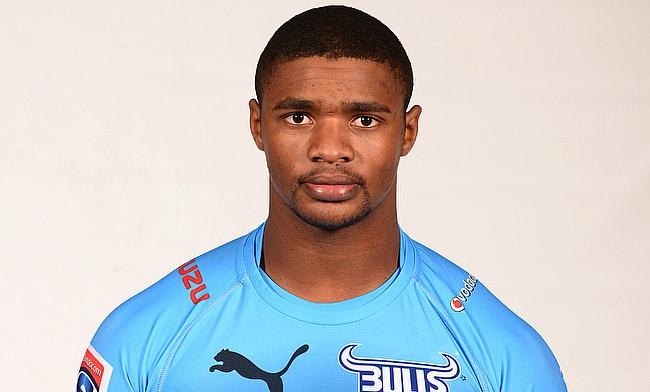 Ollie Thorley: “I feel lucky to have played for my country”
Zach Kibirige: Growing at Newcastle
Perkins out to impress Saracens

One of the rising stars of Super Rugby, Warrick Gelant, speaks to TRU’s Benedict Chanakira on his time with the Bulls, family life and a possible South Africa call-up.

Warrick Gelant is a player from Hornlee, Knysna in the Southern Cape of South Africa. Gelant has stormed the Super Rugby stage and grabbed his first try against the Sharks at Loftus Versfeld. A very relaxed person, who is currently frustrated as he recovers from his jaw injury he suffered against the Sunwolves as his form was on the rise, Gelant received a lot of praise in a game many feel he outplayed Springbok incumbent full back Willie le Roux.

When reminded of this, Gelant distances himself away from such praise, rather saying, ‘I'm glad I did use my opportunities in the first couple games, it has paid off for me. I have only played four games up until the injury, but players like Cheslin Kolbe and Willie le Roux were the toughest I did face. They're great players.'

Away from the game, the former Outeniqua star lights up, ‘I like to hang out with friends, socialise and spend time with my family. I'll rather spend a day off with my family than go clubbing!’ He elaborates and highlights the value, importance and the cornerstone his mother has been in his life and career. ‘I think to grow up with a single parent and see the sacrifices she made was very inspiring. When I discovered I had a talent in rugby, I actually saw the opportunity to earn a living and to be able to give back to the one that gave me everything even if it meant she had nothing. So beside the fact, that it is my mother, it’s my circumstances that motivate me.’

Gelant who was a centre in his school days for Outeniqua has made the transition to full back over the years with some ease. An accurate boot, strong with ball in hand and one of his more renowned skills; evasive work and speed. He explains the roots of his playing style, ‘I had different players for different reasons as rugby role models. Playing centre in school, I liked the way Brian O'Driscoll created space for his outside backs. I watched Tonga play rugby a lot. I liked the way they stepped guys and the inter play that led to tries being scored. It drove me as a player. I watched who I thought influenced me to better my game.’ He is quick to clarify the extent of watching these players.  ‘I didn't really mould my game around them, I'm a realistic person. So I look at the situation and what the situation requires me to do. So yes it inspired me but I didn't build my game around them.’

With the perks of playing professional rugby and living the dream, Warrick Gelant has some advice for youngsters that dream of the life in lights, ‘It's a uncomfortable feeling playing pro rugby yet a great feeling, because when you are a youngster you just want to play rugby for the sake of the game and suddenly it becomes a profession, where it's not just a game anymore.

You represent either a lot of people that support the franchise or a nation. I think temptations in rugby come down to one thing, losing your identity. You can get influenced by a negative environment and your career is done. My advice to young players is be realistic. Set realistic goals and get them. Chip away at them, one stage at a time. At the end of the day, you not going to get what you dreamed of, you going to get what you work for.’

With the talk of the Springbok or SA A selection gaining headway, what does Gelant make of it and the pressures associated with all this? He says, ‘There is always pressure if you play on such a big stage as Super Rugby. I personally don't think too much ahead. I take it game by game. It is my debut season, all I want to achieve is to be consistent for my team and help the team achieve the goals we have set.’

It hasn’t all been easy for the Blue Bulls star, the temptations of his favourite drink Coca Cola among one of them and when it’s about the challenges faced he says, ‘I think my biggest challenge in Super Rugby has been my decision making. Obviously because you have a second or less on making a decision. That decision that you make can decide whether you win or lose.’ A bright future awaits Warrick Gelant and besides the game, he says, ‘I would like to study the moment I settle down, but for now I will do every little thing that can get my mind off rugby when I'm away from the field.’