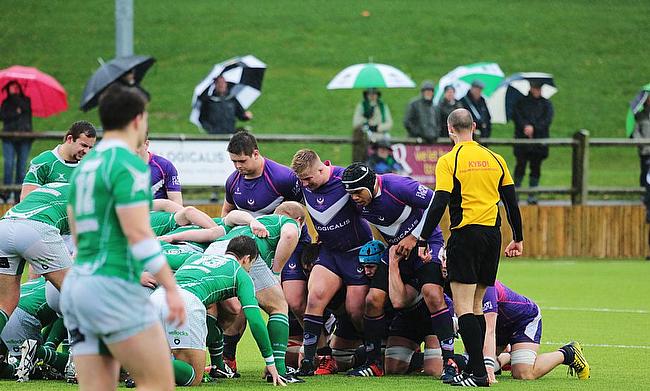 In our latest 'Emerging Talent' article, we spoke Loughborough Students player Ben Christie on his choice to play for Scotland, despite being born England ahead of the U20 Six Nations Championships.

It happens across quite a few sports, players representing another country despite being born elsewhere. Take cricket’s Kevin Pietersen for example. Born in South Africa but did, and still should in many people’s eyes, represent England on the international stage.

Football is another example where this happens, especially across Europe. Owen Hargreaves is a prime candidate for this as he chose to play for England when he had the unique option of representing either Canada or Germany.

In terms of rugby, if you look at Scotland’s recent World Cup squad, 11 of their players were not born in the country, but all had Scottish links making them eligible to play.

And for some, that is their only route into the international game.

The likes of Henry Pyrgos, Ryan Wilson and Tim Swinson were all English born and to represent the "Auld Enemy" is not a decision they would have taken lightly.

But it is not just at the peak of international sport where this happens. It occurs at all levels and for 20 year-old Ben Christie, playing rugby for Scotland was a decision that he took as soon as the opportunity arose.

"My Grandma is actually from Scotland, so I have always known that there was that option and that’s where my chance to play for Scotland came up,” recalled the English-born Christie on the opportunity to switch allegiance to the land of his grandmother at this embryonic stage of his career.

In truth, for someone just starting out in the game it is a huge decision for Christie to make, but it is a chance to play international rugby and he was not going to let that pass him by.

“My brother, Andrew, was in the Scottish Exiles under 16’s team at the time and the coaches got in touch to ask if I wanted to play for Scotland,” added the Loughborough Students player, who had represented Bristol Counties during his earlier years but has since cemented his Scottish connection.

“Andrew played a big part in me actually choosing Scotland. He asked the coaches to contact me which they did. I talked to them and they asked me to come down and get involved. I didn’t really find it a big deal to play for another country because when I met the coaches, they were really great guys and I have always liked the way Scotland play rugby.

“I also thought it would be cool to play for Scotland, but I never really knew the route to get there until my brother contacted them.”

With a foot in both camps, Christie weighted up his options on whether to start his international journey on the other side of Hadrian’s Wall and since making his choice, the prop has taken everything in his stride.

“After making the decision, I have been involved in academy tournaments in Scotland,” said Christie, who began his career at his local club, the Old Bristolians. “I played for Borders & East Lothian Academy in last year’s U-20 Championship which was a great next step to take. I also met some of the boys that are the current Scotland U20s side which was an added bonus.”

Now , Christie is building up to represent his county in this year’s U20 Six Nations Championship with their opener coming tonight against holders and old rivals England which you cannot ignore the significance of at any level of professional sport.

“The buzz around the camp in the lead up to the England game is great and the lads are just so fired up about Friday night’s match and we are ready to put our bodies on the line,” said the prop, who has been named amongst the replacements for the match at Broadwood Stadium in Cumbernauld.

“My first ever experience of men’s rugby was at Clifton in South Gloucestershire last year and that was something I enjoyed because of the intensity and physicality change at National Two level.

“And I know this is at U20 level, but to represent Scotland against England is massive and it is a new challenge which I cannot wait to get started.”