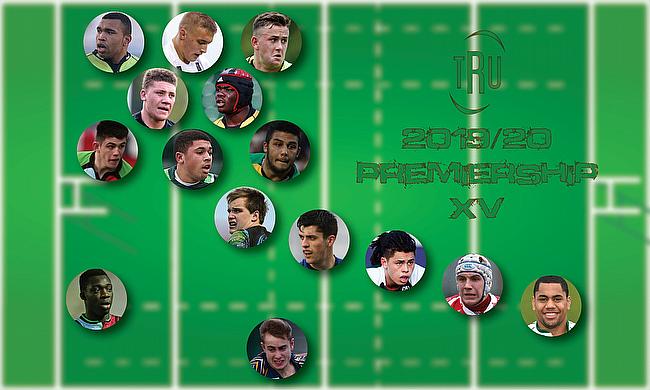 Warrick Gelant – The young Bok that is turning heads
Dan Grange: ‘I now love the sport which I once hated’
Sam Skinner: Taking Opportunities
Matt Beesley: “I needed to ask Northampton if they were sure about signing me as I didn’t believe them!”

England are still basking in the warm glow of their second Rugby World Cup win, Eddie Jones is set to receive his knighthood and a team from the Premiership has just wrapped up the division’s fifth-straight European Rugby Champions Cup title.

Joking aside, the 2019/20 season will be a critically important one for English and Premiership rugby, just as this one has been following the host nation’s calamitous 2015 Rugby World Cup. No one is expecting England to repeat that feat in 2019, but any post-RWC season is of the utmost importance to laying the foundations upon which their next RWC campaign will be built.

Here's a very early look at what the 2019/20 Premiership XV of the season could look like and some of the emerging players who could be pushing for test recognition at that point. Obviously plenty of already established Premiership players will make that XV and still be in the England mix but, for the sake of this XV, have been excluded.

Craven will have to see off competition from both Chris Pennell (who will be 33 in 2020) and Ben Howard at Worcester, but he’s as naturally-gifted a footballer as there is currently playing in the Premiership academies. Defensively sound and with great attacking instincts, Craven could bring a Super Rugby full-back’s skill set to the Premiership.

A year in the Championship could do wonders for Cokanasiga, who should be fast-tracked into Irish’s senior squad. At 6ft 4in and weighing in at over 17 stone, not to mention fast over the ground, Cokanasiga is the post-Jonah Lomu archetype of what coaches all around the world are searching for in club and test wingers.

Tonks is a centre who plays with a scrum cap, but try not to let that colour your opinion of him. He’s big, quick and powerful, but those physical skills haven’t detracted from his technical understanding of the position. The silver lining to Henry Trinder’s proneness to injury could be that Tonks sees plenty of rugby over the coming years.

The son of Samoan international Mike Umaga and the nephew of All Blacks legend Tana Umaga, Jacob is a versatile fly-half/inside centre who looks capable of playing either position at senior level. A couple of years spent learning behind Matt Toomua (and under Aaron Mauger), before the Australian presumably returns home for the 2019 RWC, could see Umaga catapulted into the first team at Welford Road.

Ibitoye has captained the Harlequins academy side and England U18s this season and is well-versed at both outside centre and on the wing. With Joe Marchant likely pencilled in as Quins’ 13 of the future, Ibitoye could be used predominately as a wing as he looks to make the step up. If Marland Yarde can work his way into Jones’ England plans and Tim Visser stays in the mix for Scotland, opportunities will come for Ibitoye.

The Scot has already made a handful of Premiership appearances due to international call-ups for George Ford and Rhys Priestland, but not quite enough to be considered an established player (for the purposes of this XV). With Ford’s future up in the air following his father’s departure as head coach at the club, Hastings could be seen as the man of the future for the incoming coach and/or Director of Rugby.

English age-grade scrum-halves have struggled to make the breakthrough of late but as with London buses, it seems now plenty are coming through. Sale’s James Mitchell has two veterans in front of him in Peter Stringer and Mike Phillips, both of whom will have retired by 2020, whilst the England U18 duo of Rory Brand (London Irish) and Harry Randall (Gloucester) are both exciting options. With a year or two’s more seasoning, Townsend could be competing with Will Chudley for the nine jersey in Exeter.

The ever-reliable and durable Waller brothers are all that has stood between Hobbs-Awoyemi and the loosehead realising his vast potential. One of the few men to have won two Junior World Championships, Hobbs-Awoyemi has the ability to start for London Irish next season in the Championship following his move from Northampton and should form part of the core of a new-look side upon their (expected) return to the Premiership.

Walker has been one of the most highly-touted young English players of recent years and his move to Bath from Yorkshire Carnegie will give him the opportunity to show he has what it takes to step up to the next level. Walker should be in the mix to start for Bath as early as next season and by 2020 he could have considerably more than Premiership appearances to his name.

Take away the restrictions on established players in this XV and this spot could be gift wrapped and given to Northampton’s Paul Hill right now. Stuart is no consolation prize, however, as the big tighthead has been the star of the England U20s’ season so far. Lorenzo Cittadini will have hung up his boots by 2020 and Marty Moore could well have returned to Ireland in search of the green jersey, making Stuart a likely prominent piece in Wasps’ squad that season.

Isiekwe is another academy and age-grade standout and like Ibitoye, is currently in his second year of service for the England U18 side. The powerful lock will have his eye on opportunities at Saracens when Maro Itoje and George Kruis are with England, but with both locks signed up in North London long-term, Isiekwe may have to look elsewhere eventually, such is their partnership.

With Itoje currently setting the rugby world alight, it may worry England’s rivals to learn that Ehizode has looked even more impactful at academy level this season than Itoje did a few years ago. There is obviously a big gulf between academy and senior levels, but Ehizode has already been fast-tracked into the Wasps ‘A’ team and has all the hallmarks of a physically and technically dominant second row. A long-term partnership with Joe Launchbury would please Dai Young and Eddie Jones alike.

Harlequins identify talent as well as any club in England and that’s what they did with White this season, handing him his senior debut – at the age of 18 - in the Challenge Cup against Calvisano. As is the theme in this XV, White is more powerful, combining size and athleticism, than he is excessively big or exceptionally quick, which is the model of player that rugby is moving toward. With Chris Robshaw and Jack Clifford involved with England, White will see playing opportunities over the coming seasons.

Sam Underhill could well come back to England and be Jones’ solution at openside but if he doesn’t, and the RFU continue to consider him ineligible for selection, Ludlam is the standout seven to have come through the England age-grades in recent years. He may need to move in order to see games, however, with Tom Wood, Jamie Gibson, Teimana Harrison and Calum Clark all competing for two jerseys in the Saints back row.

As with Cokanasiga and Hobbs-Awoyemi, Irish’s relegation may be a blessing in disguise for Curtis-Harris, who should see more playing time with the club in the Championship than he would have in the Premiership. When Quins were relegated they found a versatile young back rower to build around moving forward in Robshaw and there’s no reason why Curtis-Harris can’t fulfil the same role for London Irish. Like White and so many other players in this XV, Curtis-Harris ticks the power box, rather than out-and-out size or speed boxes.