Simon Hammersley Column: After the high of last year, this season has been incredibly frustrating 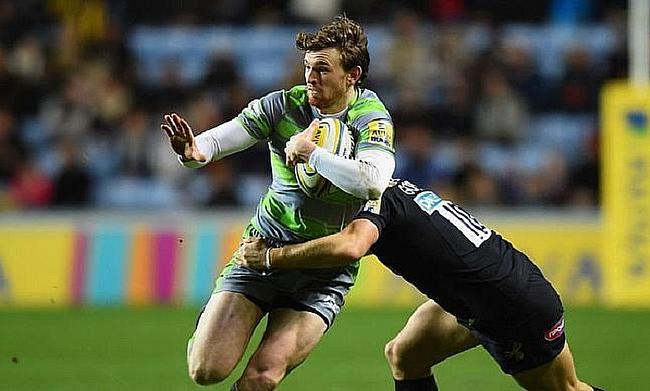 Simon Hammersley Column: After the high of last year, this season has been incredibly frustrating
Gareth Owen to switch from Leicester Tigers to Newcastle Falcons next season
Saracens claim Premiership Rugby Shield with 14-55 win over Newcastle
Newcastle Falcons face relegation after 28-19 defeat to Gloucester

In his latest column for Talking Rugby Union, Simon Hammersley discusses relegation from the Premiership, why Newcastle Falcons have struggled this term, the chance the Championship offers and signing off in style.

‘We didn’t play to our ability’

It is obviously pretty gutting for the whole squad. A bit of luck has gone against us this year, but also, we know we haven’t played as well as we can which I think is the frustrating thing.

When we played Leicester and Northampton, we had built a bit of momentum before we played those two games. They are both good teams, but playing both of them at home, we probably thought we’d at least win one of them. Leicester went to the last play and against Northampton, we came back into it but unfortunately, we couldn’t close them down enough. We were relegated at Gloucester, but we probably let ourselves down in the two previous weeks which meant it was almost done anyway.

They came in with lofty ambitions, enjoyed some fantastic moments, and achieved some impressive results...

But Newcastle Falcons' six-year stay in the Premiership has come to an end. pic.twitter.com/7l71giEeC7

Last year, we were on high after getting to the semis of the Challenge Cup and getting into the top four and we didn’t quite know how big that achievement was. To go from that to being relegated this year is incredibly frustrating, but the club is in a good place. We have a good owner in Semore [Kurdi], good coaches with Dean Richards etc so everything is in place to hopefully bounce back next year.

Fine margins in a competitive league

On an individual basis, a lot of our players were playing really well and in good form last year. The players make the team! That had a huge part to play in last season and also, we just got a bit of momentum when we were winning close games which to be honest, until last season, we had never really done as a team.

We probably won two or three games in the last play, whereas this year, it has happened to us a couple of times which maybe down to confidence and maybe down to not being able to execute under a bit more pressure.

I think it also shows just how tough the Premiership is. You can see how many teams can finish in Europe and the top four is still not sorted. I think apart from Exeter and Saracens, I think the rest of the 10 teams can beat anyone on their day and I think that has also had an impact on those close games.

Young guns are a positive

We do have a good squad and hopefully the young players will also get some exposure next year. The likes of Ben Stevenson and George Wacokecoke leave university this year. Adam Radwan has played a few times for us and we also have Josh Hodge who is with the England U20s. These are serious talents in the squad. I am only talking about the backs because that is what I tend to focus on!

We do have young players that we will hopefully see more of in a Championship season then we would now just because of the nature of how physical and competitive the Premiership is.

This season alone, the strong link between @FalconsRugby and University Rugby has been evident and last Friday night, @joshuaahodge led the way on the international stage...#BUCSSuperRugbyhttps://t.co/RrLrjHWpsZ pic.twitter.com/KHn2AjFMIo

There are some good academy boys to bring in. That side is brilliant because you are not going to lose that investment that we have put into the academy so hopefully they can keep bringing people through and you will then end up with them being the core of the squad, really. Those academy boys can be the fuel to get those fans into the ground. They probably play a more exciting brand than most of us do!

‘It is probably the last time, like in any season, we will probably all play together’

Going into the Gloucester game, if we had still got a five pointer – and at times in that game we looked as though we maybe could – then staying up was still alive so that was our focus. This week going into the Bristol game is slightly different, but I think rather than thinking about next season, it is just a real focus on putting a good performance in because it is at home.

It is probably the last time, like in any season, we will probably all play together. It will be a mixture of going out there and trying to enjoy it, but trying to put in a great performance alongside your friends and guys you have been playing with for maybe only a year or someone who has been there for 10.

North-East rugby does have the momentum

You just have to look at the Champions Cup Final. All the work that went into the things around the stadium like the fan parks on the Quayside looked great. I didn’t go, but I had friends who were up to watch the game and the buzz in the city was huge. Because Newcastle is such a great city, visitors like coming and rugby does give them that excuse to come up to Newcastle.

Given that one of England’s World Cup warm-up games is at St James’ Park too, it just shows the big steps forward the city is making when it comes to rugby and hopefully if we can bounce back in a year, then that would be fantastic too.