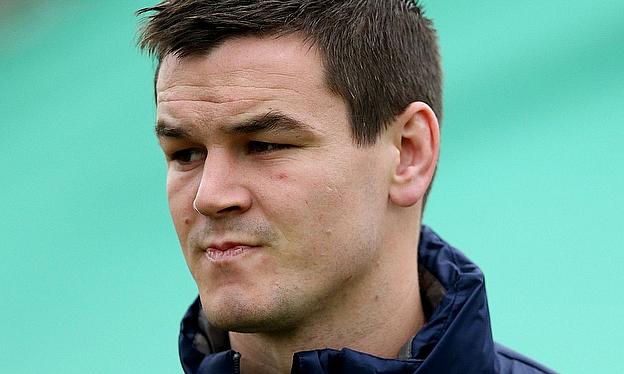 Johnny Sexton has been passed fit to return for Ireland's second RBS 6 Nations match against France in Dublin on Saturday week.

The Racing Metro fly-half will sit out Saturday's Six Nations opener against Italy in Rome as he completes his enforced 12-week lay-off for suffering four concussions in 12 months.

Munster's Ian Keatley will win his fourth cap and make his Six Nations debut in Rome in place of Sexton, but the British and Irish Lions playmaker will now be available to face France on February 14.

Ireland bosses confirmed Sexton was given the all-clear by Racing Metro medics on Thursday.

Munster playmaker Keatley has been backed to seize his Test chance against Italy on Saturday by Ireland bosses, but Sexton will doubtless be pencilled into the 10 shirt for France's Dublin visit.

Sexton's French Top 14 club Racing had driven the 29-year-old's extended lay-off after he racked up four concussions inside a calendar year.

Ireland bosses refused to interfere with that process, happy to let Racing and their medics complete the necessary tests before allowing the former Leinster fly-half to return.

Ireland coach Joe Schmidt described selecting Keatley at fly-half to face the Italians ahead of Leinster's Ian Madigan as a "vote of confidence".

"Ian's finished games off well and that's given confidence he can do the same for us," Schmidt said after naming Ireland's team on Thursday.

"His kicking percentages since Christmas are very, very strong.

"Based on that, we'd have confidence he can kick well.

"I think you've got to be able to give confidence or put confidence in players who are delivering - and in recent times he's delivered."