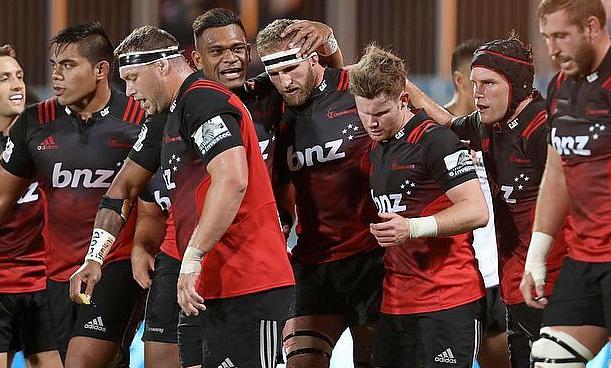 Crusaders ran a seven-try riot as they started the Super Rugby title defence with a 45-23 win over Chiefs at AMI Stadium on Saturday.

Matt Todd started the proceedings with a fourth minute try but Richie Mo'unga missed out on the conversion. The fly-half though made amends eight minutes later when he contributed with a converted try as Crusaders went on to claim an early 12 point lead.

Damian McKenzie reduced the arrears to nine points with his 17th minute penalty and Chiefs' chances were boosted by a sin-bin to Mo'unga in the 19th minute but they failed to make use of the numerical advantage, failing to add any point.

Crusaders' third try though came in the 29th minute through Jordan Taufua that was improved by fullback David Kaetau Havili but their efforts were negated by Sam Cane, who crossed over for the visitors allowing McKenzie to slot the extras.

Crusades suffered their second sin-bin in the game when Michael Alaalatoa was yellow-carded with six minutes to go to half-time but this time winger Solomona Alaimalo provided Chiefs with some respite with his 40th minute try as the visitors reduced the gap to 19-17 at half-time.

Mckenzie's second penalty got Chiefs off to lead for the first time in the game but it was a matter of time before Crusaders stepped up the ante and amassed four tries in the final quarter to complete a resounding victory.

Sam Whitelock started the second half score for the hosts with a 61st-minute touchdown and nine minutes later, Chiefs replacement Lachlan Boshier was sin-binned, also resulting in a penalty try. Having an additional man in the final 10 minutes, George Bridge and replacement Manasa Mataele also got into the scoring sheet with tries in the 74th and 76th minutes respectively.