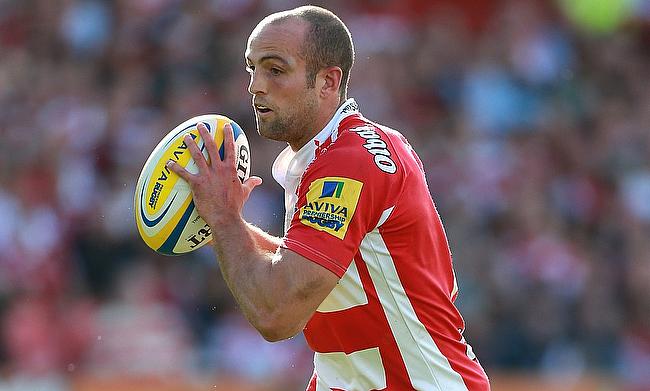 Charlie Sharples has been with Gloucester since 2007
©PA

Sharples has been associated with the Cherry and Whites since 2007 and has racked up over 200 appearances for the club in which he amassed over 400 points and will now join Woodward, Mark Atkinson, Callum Braley, Tom Hudson, Josh Hohneck and Alex Seville in the list of players, who have committed their future to Gloucester.

Gloucester Director of Rugby David Humphreys expressed his delight on the news and also revealed that the club is in touch with few other players to join their campaign ahead of the 2019/20 season.

“The excitement for us is that Gloucester is increasingly a club that players want to play for, and commit to, over the long-term,” Humphreys said.

“We have made some exciting additions to the squad over the last couple of seasons so next season is less about news on new signings, as our focus is on developing and retaining the strong squad we have already put in place.

“The development of the squad over the past few years, especially since Johan (Ackermann) arrived at the club, means we have been able to grow as a playing group and it’s an exciting time for the club.”

Gloucester are currently are at third in the ongoing Gallagher Premiership table with five wins from nine games and will face Newcastle Falcons next at Kingston Park on 23rd December.