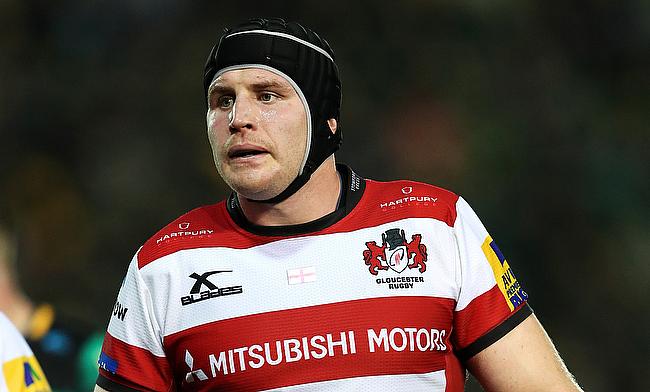 Ben Morgan was one of the try-scorer for Glouceter
©PA

Exeter Chiefs' chances of progressing to the quarter-finals of the ongoing Champions Cup has been dealt another major blow after they were defeated 19-27 by Gloucester Rugby at Sandy Park on Saturday.

This means Exeter's winless tournament continues as they languish at the bottom of Pool 2 with the Cherry and Whites moving to the top temporarily with Munster and Castres set to face each other on Sunday.

Rob Baxter's men started the game positively when they forced a turnover from Gloucester and a combination of Santiago Cordero and Gareth Steenson sent Don Armand over the line in the seventh minute for an unconverted try.

Just as Exeter were starting to gain confidence, they lost possession as Ollie Thorley sprinted past the defence before he offloaded to Gloucester skipper Willi Heinz for the side's opening try and Danny Cipriani slotted the extras. The Gloucester fly-half also kicked a penalty goal at the stroke of half-time as they headed into the break with a 5-10 lead.

Exeter went on to seize the lead after the break with Nic White breaching Gloucester's defence and this time Steenson managed to kick the extras. However, it was short-lived as Cipriani responded soon with a penalty kick.

The game was to be decided by the final quarter and it was Cherry and Whites, who started it well with Jaco Visagie powering over the line in the 62nd minute and eight minutes later Ben Morgan battled his way over the line. Cipriani and Billy Twelvetrees added conversions as the visitors had a 15-point lead heading into the final 10 minutes.

A late try Tom Lawday provided Exeter with consolation but it was Gloucester, who kept their play-off hopes alive with the 19-27 win. The two teams will meet once again on Friday at Kingsholm.