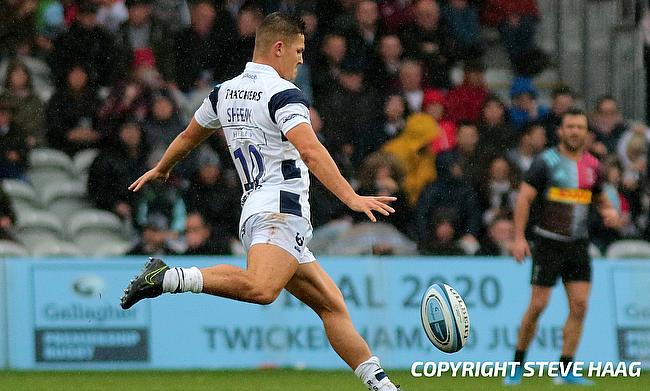 Bristol Bears made a terrific second half fightback as they came from 0-17 behind to win the Gallagher Premiership encounter by three points against Exeter Chiefs at Sandy Park on Sunday.

This is Bristol's third win from four games as they climbed to the top of the table while Exeter Chiefs are at sixth place.

Sam Simmonds got Exeter off to a promising start as he crossed over in the 15th minute and Joe Simmonds improved it to make it 7-0.

Rob Baxter's men went on to double their tally with Nic White dotting down in the 22nd minute and Joe's conversion and penalty meant the home side scored 17 unanswered points in the first half.

The visitors finally managed to get off the mark when Callum Sheedy kicked back to back penalties that reduced the gap to 11 points and their momentum took a further boost when Exeter lost Nic White to sin-bin in the 62nd minute.

Pat Lam's side capitalised on the numerical advantage as Piers O'Conor crossed over in the 66th minute while a conversion from Sheedy brought Bristol's trail to four points and just when the closing time was approaching, Dan Thomas scored the decisive try with Sheedy's conversion completing a 17-20 win for Pat Lam's side.

"Going to Exeter is a mental and physical challenge and this is 11 years in the building, what they have been doing," said Bristol director of rugby Pat Lam.

They try to fatigue you to make errors and make you give away penalties so at half time I just said 'take a breath and start again' and build the score.

We had to build the score, take the penalties and then we were there at the end."