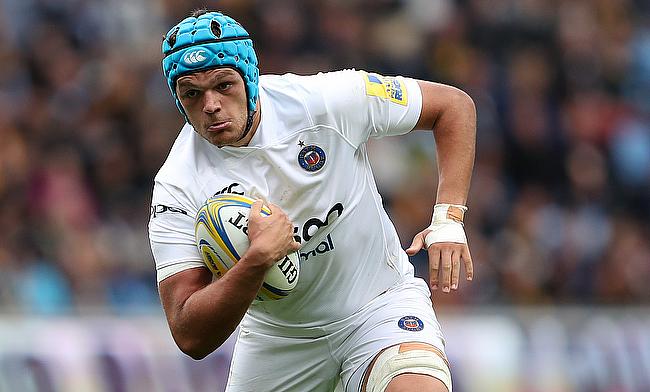 Bath Rugby moved to eighth place in the Gallagher Premiership table as they defeated Northampton Saints 22-13 despite a red-card to Aled Brew in the second half at Recreation Ground on Saturday.

It took Northampton Saints just two minutes to get their first points as Rory Hutchinson crossed over. James Grayson missed the conversion but kicked a penalty goal in the 9th minute to take the scoreline 8-0.

The response from Bath came through Will Chudley's try in the 18th minute while Rhys Priestland kicked a conversion and a penalty giving the home side a slender 10-8 lead heading into the break.

Stuart Hooper's men suffered a massive setback when Brew was sent-off at the start of the second half for a high, off-the-ball tackle on Saints full-back George Furbank, who left the field.

But despite being one man down, Bath scored a try through Will Stuart in the 51st minute, though it was cancelled by Tom Wood's effort in the 61st minute. making the scoreline 15-13. Just when the visitors thought they had a great chance to seal the game infringements hampered their chances with Ben Franks and Paul Hill were sin-binned in the 64th and 71st minutes respectively.

This provided the opening for Bath as Zach Mercer's final try of the game proved enough as they went on to complete a 22-13 victory.

"We had to restart the game (after the early try). That happens, but credit to players, Saints have been the best attacking team in the Premiership so to limit them after that was outstanding," said Bath director of rugby Stuart Hooper.

"We had a plan for this game and it unfolded exactly as planned.

"The other lads dug in and the effort they put in for each other was outstanding. The guys have been working hard in the scrum since June 24 as we know it's the cornerstone of Premiership campaigns."