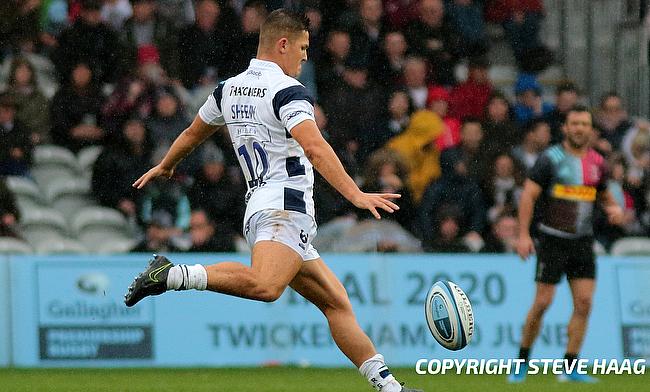 Bristol Bears scored all 20 points in the second half as they edged out Northampton Saints 14-20 in their Gallagher Premiership clash at Franklin's Gardens.

The win has taken Bristol to fourth place in the table with 26 points while Northampton continue to remain at second place with 20 points.

Harry Mallinder making his first league start in 15 months scored the opening try in the eighth minute. James Grayson missed out on the conversion but kicked back to back penalties to take the hosts to a 11-point lead in the first half.

Grayson further stretched Northampton's lead to 14 points with another three-pointer at the start of the second half but their momentum was dented a bit with Rory Hutchinson was sin-binned in the 50th minute and Callum Sheedy immediately responded with a three-pointer to make the scoreline 14-3.

Hutchinson's return restored full strength for Northampton but Bristol dominated the start of the final quarter with back to back tries from Henry Purdy and Lewis Thiede in a span of three minutes with Sheedy kicking the extras on both the occasions to make it 14-17 before a last-minute penalty goal from Ian Madigan ensured the visitors completed a six-point victory.

"You don't want to surrender that anytime particularly not at home, so it was a bitter pill to swallow.

"We felt we controlled the game for long periods of time, but at the end of the day they went back-to-back with tries in quick succession and held on at the end.

"It's a good result for them away from home. I think it was a tight contest, both sides defended reasonably well and we leaked a couple of first phase defensive errors and they capitalised on that and scored 14 points."