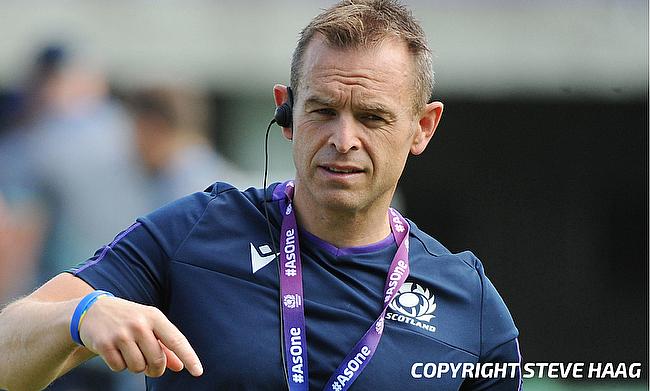 Johnson's Glasgow debut came in 2015 and has made 67 appearances for the club and was part of the squad that competed in the 2019 Pro14 final. He also represented provincial side Queensland Country and Queensland Reds between 2013 and 2015 before heading to Scotstoun Stadium.

The 27-year-old went on to make his Scotland debut in February 2019 and has gone on to play 15 Tests with his last appearance coming during the Autumn Nations Cup last year.

“I’m excited to re-sign with the club," he told www.glasgowwarriors.org

“Glasgow is my home and to be able to sign for a few more years is a great boost for me.

“There are exciting times ahead for the club and I’m very fortunate for Glasgow and Scottish Rugby to give me the opportunity to continue to work hard with Danny and the rest of the coaching team to build something special at Scotstoun.”

Glasgow head coach Danny Wilson is excited about retaining the services of Johnson.

“Sam’s a really exciting midfield player both sides of the ball. He’s an intelligent player who has a real understanding of the game, and he uses that to bring the best out of the players around him.

“He’s is someone I’ve got to know well over the last couple of years while I’ve been in Scotland and I’ve really enjoyed working with him.

“I think it’s great that we can retain another Scottish internationalist of Sam’s calibre and we look forward to him pulling on the Glasgow jersey on many more occasions over the next few years.”

Glasgow Warriors are positioned fourth in Conference A table with three wins from 10 matches.