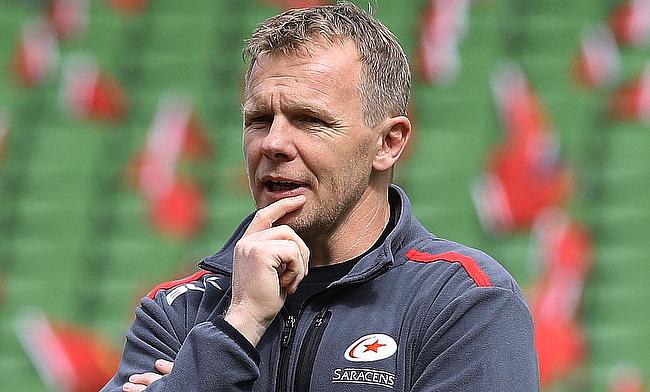 Mark McCall is wary of the task ahead for Saracens
©PA

Saracens director of rugby Mark McCall insisted that they will focus completely on the Premiership even at the expense of the European Champions Cup if their appeal against points deduction fails.

The Sarries were docked 35 points and were also fined £5m for breaching the salary cap in the last few seasons. Even though they have appealed against the decision of Premiership Rugby, a failed outcome will mean they will drop to the bottom of the Gallagher Premiership table from third position and will have a trail of 18 points over 11th placed Wasps.

With the Champions Cup set to kick-off this Friday, McCall stated that survival in Premiership will be key even if it means to sacrifice the European competition.

"Our job at the moment if the points deduction remains and the appeal is not successful is to try to stay up and that is what we will try and do," McCall told The Telegraph.

"I think we have to (assume the challenge will fail). We have got a plan for the worst-case scenario which will affect our strategy around the Champions Cup."

Saracens were the winners of three Champions Cup including the last edition in four seasons and will line-up against Munster Rugby, Ospreys and Racing 92 in the opening round of the 2019/20 season.

McCall also stated that the club's England players Owen Farrell, Maro Itoje, Billy Vunipola and Mako Vunipola are unlikely to feature in the opening two rounds of Champions Cup against Racing 92 and Ospreys after a gruelling World Cup in Japan.

"I think we would have had some big conversations anyway about how they are feeling because it is unrealistic to think some can come back from five months away and play in a Champions Cup game two weeks after a World Cup final," McCall said.

"Those conversations are going to be a bit different now. When we play like that in a game like today I think a lot of these players deserve to experience European Rugby and that could be a big benefit to the club in the long term."