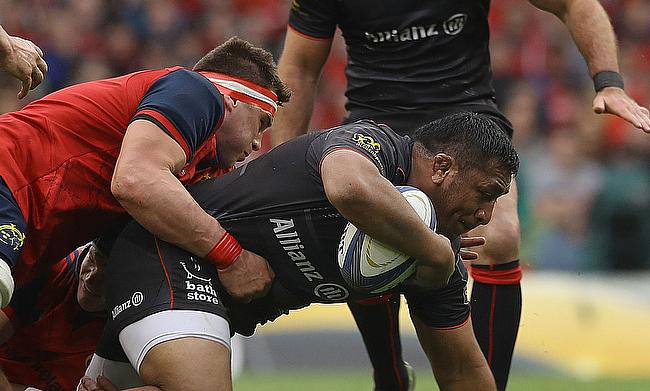 Mako Vunipola scored a try for Saracens against Munster
©PA

Saracens came up with a solid second half performance as they reached the final of the European Champions Cup with a 10-26 win over Munster at Aviva Stadium on Saturday.

The defending champions will now take on the winner of Clermont Auvergne and Leinster encounter in the final of the tournament to be played on 13th May at Murrayfield Stadium.

Munster opened the account with a sixth minute penalty from Tyler Bleyendaal. However, 10 minutes later England international Owen Farrell responded with a penalty of his own to level the scores.

Munster failed to capitalise on the sin-bin to Saracens flanker Jackson Wray in the 22nd minute and instead Farrell added his second conversion as Saracens took a slender three point lead heading into half-time.

After the first 12 minutes in the second half went without a point, Saracens upped the ante with Mako Vunipola crossing over and Farrell added a conversion and a penalty to stretch the lead to 13 points.

Any chance of a Munster fightback was put off as the second try from Saracens came from replacement Chris Wyles and once again Farrell was spot on with a conversion and kicked his fourth penalty to make it 3-26.

Despite, a last desperate attempt from Ireland CJ Stander, who strolled past the post in the 79th minute, Saracens completed a 16 point win to reach the final of the tournament.