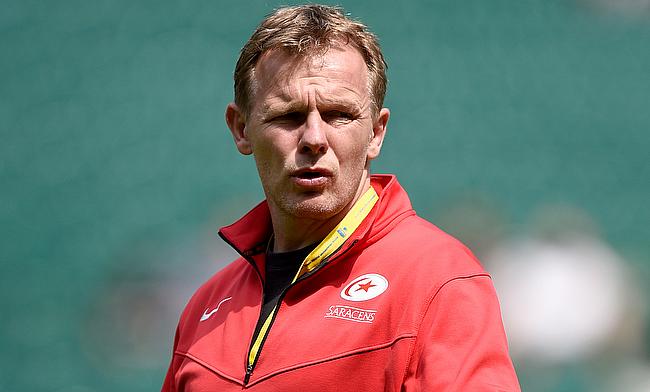 Saracens rugby director Mark McCall has urged his team to bring out their best game when they take on Toulon in Pool 3 European Champions Cup clash at Allianz Park on Saturday.

The defending champions have already qualified for the knock-out stage after securing 20 points from five matches but a win on Saturday against Mourad Boudjellal's men will ensure a home quarter-final.

The last time these two teams met was during Round 1 of the tournament at when Saracens emerged victorious by 23-31 with Owen Farrell kicking 16 points but McCall feels it will be tough to replicate the success again against a full-strength Toulon squad.

"It is a massive match," McCall said.

"It's good that we have qualified, but we want to secure a home quarter-final if possible. They (Toulon) have got all their squad back together now.

"Matt Giteau came back last weekend and looked good for the 30 minutes he played, (Josua) Tuisova was devastating for the 20 minutes he was on the pitch, Juan Smith was back for them, so they will come to us thinking they will have a big chance because we are missing a few bodies.

"I know that every player they have is unbelievably competitive, and when they've been asked to step up down the years - when they really need it - they are very tough to play against.

"When they are motivated they really are a dangerous animal.

"It's a huge game at home, and a win gets us what we want. We've got to be very smart with how we play the game."

Former Bath coach Mike Ford is currently in charge of the French regional team which also has ex-Leicester Tigers rugby director Richard Cockerill as a consultant and McCall feels the club will only get better from here.

"You can see (Toulon) are a lot more organised than they were, right across the team.

"In the set-piece, in the way they play, and the detail is a lot better than it was a couple of months ago. It's no surprise, as they are good coaches."