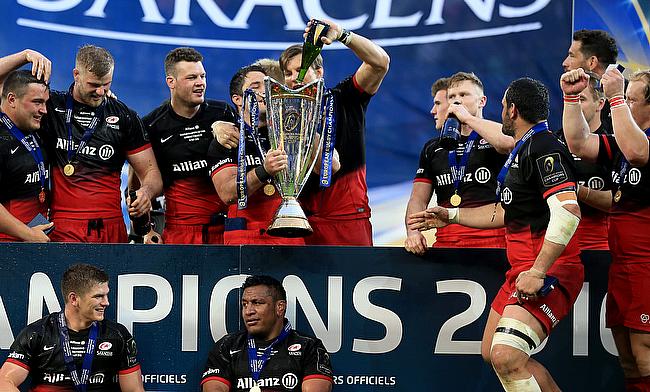 As the group stages in both the European Champions Cup and Challenge Cup have come to a conclusion, we take a look at how the quarter-finals have lined up in both the competitions.

Leinster, who topped Pool four with 23 points will be taking on Pool two table leaders Wasps while Munster will lock horns with Toulouse in the fourth knock-out game of the tournament.

Saracens rugby director Mark McCall is wary of the threat Glasgow Warriors possess and is hoping to seize on the home advantage.

"In our experience, European quarter-finals are always tight and testing occasions so to have our home support behind us is a real positive," he said.

"Glasgow Warriors are a team we have a huge respect for. In this year's competition they have produced some fantastic performances.

"It'll be a huge test for us but one that we're looking forward to."

Ospreys, who are yet to lose a game in this season will host Stade Francais while Pool four and Pool five toppers Bath and Edinburgh have their encounters lined up against Brive and La Rochelle respectively.

Gloucester, who ended the group stage with a resounding win against Bayonne will host Cardiff Blues in the only other game left.

All the games will be played between 30th March and 2nd April.