Clash against Saracens is close to 'Test rugby' - Gregor Townsend 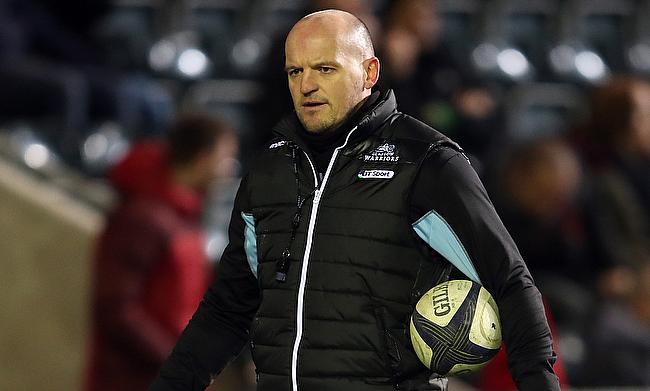 Glasgow Warriors head coach Gregor Townsend has urged his team to produce their best game when they take on the defending champions Saracens in the upcoming European Champions Cup quarter-final at Allianz Park on Sunday.

The Scotland regional side have made it to the knock-out stage of the tournament for the first time in history and will be up against a Saracens side, who are on a 15-match unbeaten streak in the European competition.

It will also be an emotional moment for the Scotstoun outfit as Townsend will make an exit from the club at the end of the season to take in charge of Scotland.

Lavishing praise on the opponent, Townsend feels this is the closest that Glasgow Warriors can face to an international game.

"We're in a position where we can now do that but we have to deliver our best ever game.

"I believe we're in the right place to do that having looked at the way the players have trained and their fitness levels.

"But we do know we're up against a team who do make it very hard to play your best game.

"This is a high-level game - the closest you will get to Test match rugby.

"They are an excellent side who get a lot of things right, starting with their culture. Their guys all buy into their game plan and work very hard for each other.

"They are hugely successful and have been excellent in Europe the last couple of seasons and that's down to their consistency.

"When you look at their players they have some brilliant individuals. Guys who will be starting Lions Tests come the summer.

"We respect them very highly, so it's a brilliant challenge for us to go up against what's realistically the best team in Europe."