Saracens in no hurry to rush Owen Farrell 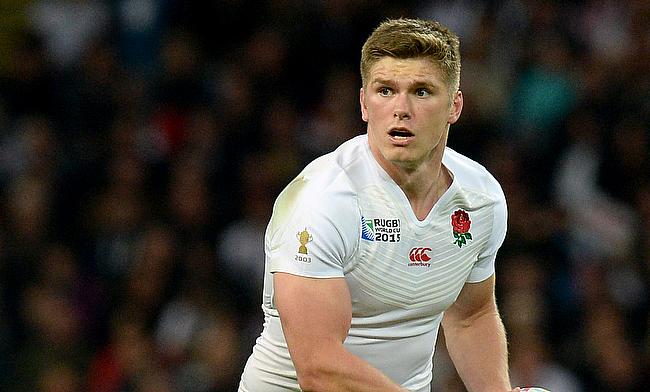 Saracens director of rugby Mark McCall insisted that he will not be pushing their star fly-half Owen Farrell for a return unless he is fully fit.

Farrell, who sustained a back injury during the pre-season has not featured for the defending champions so far in this season and is now set to miss Friday's encounter against Bristol at Ashton Gate.

"Owen has a back problem which we are continuing to monitor," McCall said.

"It's really a day-by-day thing with Owen at the moment. It's a bit of an open-ended injury, which is always frustrating for the player and the club, but we won't risk him."

After starting their campaign with three consecutive wins, Saracens lost their previous game to Harlequins by 17-10 and are placed second in the table with 15 points. On the other hand, Bristol, who gained a promotion this season are yet to win a game and are languishing at the bottom of the table.

However, McCall is wary of the damage Andy Robinson's men can inflict on Friday.

"Bristol have proved how competitive they are at home already this season.

"And we are well aware that a trip to Ashton Gate under the lights will be a tough examination for us.

"We are running low on a few bodies in the backs, but that gives us the chance to blood a few youngsters and we're looking forward to seeing how they meet the challenge."