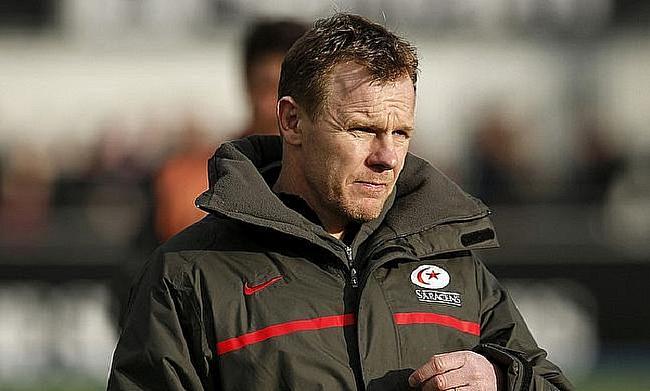 Saracens are still bottom of the Premiership on -7 points
©PA

Last night, reports emerged suggesting that reigning English and European champions Saracens may be subjected to relegation if the side is found to be breaching salary cap rules once again this season.

This comes just two days after a meeting of the top-flight clubs at a Premiership Rugby board meeting. Earlier this month, interim chief executive for Saracens, Edward Griffiths, revealed that the club would have to ‘trim’ their squad down in order to comply with salary cap rules.

As of writing this on Friday morning, no players have been released, although there was a meeting between the players and management this morning at Woollams and one can only imagine what they were feeling going into that at 8:30am having already been deducted 35 points and fined £5.4m for breaching Premiership Rugby’s salary cap.

Whilst Premiership Rugby have announced that they will be reviewing salary cap regulations, Sarries must prove that they have been paying under the cap limit for the seven-month contract period that has already passed.

We have already seen that Liam Williams will be leaving the Allianz at the end of this season, returning to the Scarlets to further his Wales credentials.

Saracens are obviously going through a difficult period as a club, but their development of youth and emerging talent is continuing to be a shining light during this tough time.

There is also plenty of speculation surrounding Alex Lozowski and Michael Rhodes who will both be out of contract at the end of the campaign, with the club expected to cut ties with the players after the whistle of this term.

The futures of marquee players like George Kruis and Richard Wigglesworth seem to be in doubt with Kruis rumoured to be eyeing up a move to Japan and Wigglesworth having been told that his time in Hertfordshire could be over “sooner rather than later”.

The recent emergence of an enforced relegation is a real twist of the knife from Saracens’ competitors and Newcastle Falcons, who kept their share in the league despite relegation.

The Saracens legacy has been completely marred by this salary cap saga. That much is obvious. For so long, so many were convinced that the club was ‘cheating’ and, ultimately, they have been proven right by both the Sportsmail investigation, that triggered the club’s downfall, and the inquiry that resulted in the side’s points deduction and fine.

Frankly, there are two ways of looking at what happened. Firstly, there is the option that the club were so arrogant in believing their way of paying players would never be found out, that they even flaunted it in front of fans and opposition players alike.

Secondly, there is the argument that the breaches were a genuine error and the club felt that they were completely above board with what they did. Either way, it does explain why Mark McCall was able to put together the strongest club side in rugby history.

Have seen lots of pretty vicious tweets directed Saracens way in the past 12 hours.

There will be people who work for the organisation, behind the scenes and back room staff, who are worried about their jobs today. Have some compassion.

Having attended a recent press conference at Old Albanian RFC, where the club is based day to day, it was clear that there was a cloud over both players and staff. Mark McCall and Ben Spencer were put up for interview and the pair were asked numerous questions about the club’s current predicament. However, they were closely watched by both their media officer and an independent member of staff from a PR agency that the club have brought in to simply shake his head when a potentially inflammatory question is asked.

For players, though, that could be facing the axe from the club, it is difficult to imagine exactly what they are going through. To potentially have their livelihoods taken away because of another person’s error has to be a difficult pill to swallow.

If the players were to be cut from the team, Saracens would be obliged to pay the players contracts off, adding to their salary cap spend as a result. There can be no doubt that the club has been over the cap this season, primarily due to the amount of returning players.

If the club was to be relegated to the Championship as well, further questions would undoubtedly arise about what would happen to the side’s star players. The thing is, you can’t exactly imagine the likes of seasoned internationals Maro Itoje or Owen Farrell gracing the field at Ampthill or down in Cornwall, especially in a Lions year.

On this, I have seen speculation about whether Eddie Jones can be select players from the Championship. For me, as long as the player is England qualified and Jones deems the player to be of international quality, he should be able to pick who he wants.

There are still so many questions to be asked and answered. But please, do spare a thought for players that are facing such uncertainty in their professional lives. It is easy to pass judgement on an organisation, but the individuals hardly deserve some of the criticism they have been given, especially when many of the issues have been caused by others.