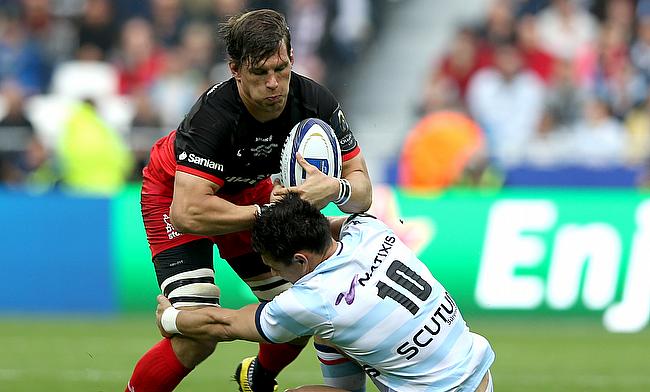 Saracens have announced that back-row Mike Rhodes will be making an exit from the club at the conclusion of the 2020/21 season.

The Durban born flanker started his career with provincial side Natal Sharks and also represented Super Rugby sides Sharks, Lions and Stormers before joining Saracens in 2015 and in his maiden season the club went on to win their first European Champions Cup title.

The 33-year-old has gone on to win three Premiership trophies and three European cups with the club and has racked up 106 appearances for them.

He also represented Barbarians that took on the British and Irish Lions during the 2009 tour of South Africa.

“It’s been an amazing time. On the field the club has been very successful and I’ve been part of some great times so it’s been an unbelievable experience.

“There are too many people to thank but I’ve been extremely lucky to have played with such a high quality team and I’m eternally grateful for being a part of this.”

Saracens director of rugby Mark McCall thanked Rhodes for his contribution to the club over the last six years.

“Perhaps the biggest compliment you could pay Michael Rhodes is, if you asked our players who they’d most not want to play against in our team, it would be him," he said.

“The definition of physical on both sides of the ball, his relentless work rate and full throttle approach to the game have made him a central figure in all the club has achieved.

“Off the field, he is a devoted team-mate and family man who has time for everyone and a deep affection for the club. We wish him, Cara, Jack and Tommy well in all that lies ahead. Thanks Rhodesy.”

Saracens defeated Ealing Trailfinders 60-0 in the first play-off in this season's Championship with the second and final game scheduled to be played at Stonex Stadium on 20th June.