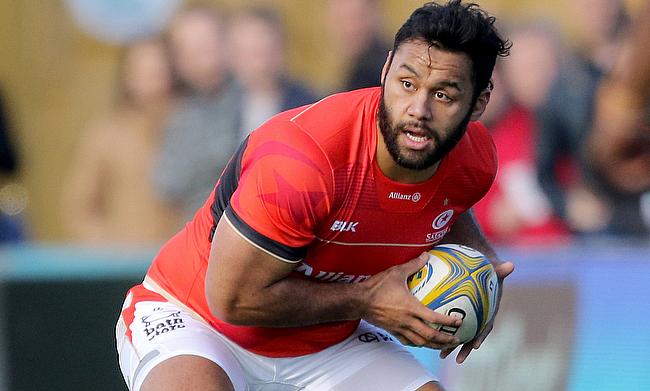 Exclusive: Ealing’s Max Bodilly on Saracens, the Championship and Trailfinders
Saracens considering appealing against Championship disputes committee’s decision
No Saracens in Round 11 as curtain comes down on regular season in the Championship

Saracens have strengthened their chances in returning back to the Premiership as they trounced Ealing Trailfinders 0-60 in the first Championship play-off final at Trailfinders Sports Club on Sunday.

The two teams will meet once again at Stonex Stadium on 20th June for the return leg which now looks little more than a formality following the dominating win from Mark McCall's men.

Saracens fielded 12 internationals including five from the British and Irish Lions squad selected to take on South Africa next month and looked ruthless from the start with a fourth minute penalty goal from skipper Owen Farrell. The opening try of the game came in the 11th minute when Maro Itoje dived from close range and Farrell improved making it 0-10.

Dean Hammond came close to scoring for Ealing following a line out but firm defence from Saracens ensured they remained scoreless. A combination of Nick Tompkins, Jackson Wray and Farrell allowed scrum-half Aled Davies to dot down before the Saracens skipper slotted another conversion making it 0-17.

A scrum penalty allowed Farrell to extend the visitors' lead further with a straightforward three-pointer before Jamie George crossed over at the back of a dominating rolling maul and Farrell's conversion ensured Saracens headed into the break with a 0-27 lead.

Saracens extended their momentum into the second half when they won a penalty that Farrell kicked to the corner and from the rolling maul they were unstoppable with eventually Billy Vunipola crossing the whitewash in the 45th minute and 10 minutes later Tompkins was stopped inches away from the line before the ball was recycled as the number eight dotted down for his second try in the game. Farrell kicked both the conversions as McCall's men extended their lead to 0-41.

Any chance of a Ealing comeback was put off in the 65th minute when Guy Thompson was sin-binned by referee Wayne Barnes for illegally bringing down a maul that also resulted in a penalty try for Saracens making it 0-48. With five minutes left in the game, Alex Goode and Duncan Taylor combined to send Tompkins over while Sean Maitland with their eighth try capped off a fantastic game for McCall's side as they completed a 60-point victory.