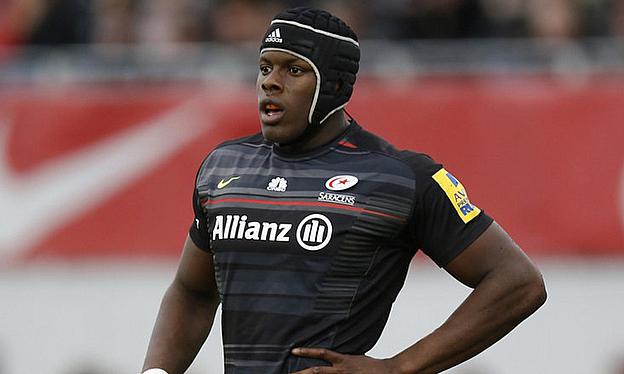 Maro Itoje has extended his contract at Saracens
©PA

Saracens pulled off one of the signings of the season last week, when they got superstar-in-the-making Maro Itoje to commit to a new long-term deal with the club.

The week may have culminated in a disappointing, albeit valiant, 13-9 defeat to Clermont, but the future is getting brighter by the day for the progressive club from North London, thanks to an academy which has been working on overdrive these past few years.

Itoje is the headliner of said academy and is helping Saracens’ shed their tag of big spending, foreign importers. Perennial detractors of the club will point to the likes of Michael Rhodes and Samuel Vunisa, both of whom will join Saracens for the 2015/16 season, but these additions are well below the Aviva Premiership average for the upcoming offseason.

Alongside Itoje, Ben Spencer and Ben Ransom have both made significant impacts this season and all three have received glowing reviews and calls for more game time at the highest club level. Itoje has already captained Saracens in the LV= Cup and looks ready, at just 20 years of age, to take that mantle on in the Premiership next season if called upon. Both Spencer and Ransom also seem ready to take their talents to the next level, but with Richard Wigglesworth and Alex Goode ahead of them in the pecking order; it won’t be an easy challenge.

Whilst no one wants to see these players sitting on the bench, they’re another key component in Saracens’ growing depth which should see the club able to challenge more effectively with the star-studded Top 14 sides over the coming seasons. These three are also just the tip of the iceberg for Saracens, who have a cornucopia of talent still waiting to be unleashed on the rest of the Premiership.

The North Londoners have a bevy of Junior World Championship-winners, including Biyi Alo, Matt Hankin, Nick Tompkins, Nathan Earle and Aaron Morris, all of whom look to have what it takes to follow in Itoje’s footsteps and breakthrough into the senior squad.

Prop Alo and flanker Hankin have both impressed in the LV=Cup this season. Alo in particular has stood out in the scrum and the behemoth looks to have all the hallmarks of a future England tighthead. Centre Tompkins and full-back Morris have both split their club responsibilities with England U20 selection this season, but have caught the eye in the black of Saracens and blue of Bedford respectively.

The most tantalising prospect however remains Earle, despite the versatile full-back/winger suffering an Achilles injury earlier this season. A powerful yet elusive runner, Earle looked every inch as deadly as Kiwi sensation Tevita Li at last year’s JWC and providing he can stay fit next season, it’s hard not to see him making an impact for Saracens. The club has fallen short against French opposition in the knockout rounds for four years running, mainly due to lack of attacking firepower, and Earle would certainly add dynamism to their current back three.

The current academy crop, who lifted the Aviva Premiership Academy League trophy earlier this year, are also packed to the brim with talented prospects, not least so Max Malins and Nick Isiekwe. Malins, a gifted fly-half/inside centre, and Isiekwe, a powerful lock, would be all but certain to feature in the LV= Cup next season, but with the tournament likely to take a sabbatical due to fixture congestion in a RWC year, the pair could feature heavily for Saracens’ affiliate, the Bedford Blues. Another play to keep an eye out for is versatile back Tom Whiteley, who has produced a number of stellar outings for Millfield, and made the choice the choice to sign with Saracens’ academy last year.

Yes, Saracens have invested heavily in recent seasons to reach their place amongst the elite of English and European rugby, but they now have the infrastructure and academy in place to ensure they remain there, without needing to continually invest heavily in incoming personnel.

The club has now struck a balance between spending and developing that many other English clubs have struggled to find. Gloucester and Harlequins are two sides that have historically developed almost all of their own talent, but ensuing slumps have now led to heavy recruitment of seasoned veterans. Along with Saracens, Northampton Saints and Exeter Chiefs are two teams that have also seemed to find this balance and their places at the top of the Premiership reinforce the importance of this equilibrium.

Sure, the loss to Clermont was disheartening for Saracens and their fans, but better times are coming. Just for fun, we’ve put together an All-England Saracens XV that you can expect to see for the best part of the next decade, just to give you an idea of how bright the future for Saracens (and England) is: