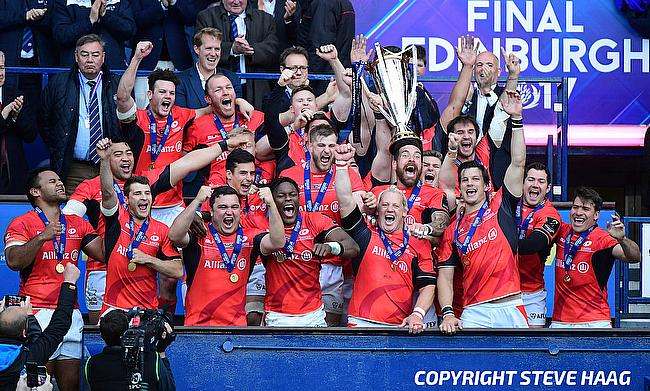 Saracens have asked their top employees to defer a portion of their salary to the start of the 2020/21 season after the ongoing season has been hit by the pandemic coronavirus.

The club were already enduring a tough season as they faced an automatic relegation to tier two following a series of salary cap breaches and considering the most of the 2019/20 season is suspended, Saracens have decided to defer portion of the employees earning over £75,000 while majority of staff has been furloughed.

"We understand this is really tough for everyone, but the reality is that the only way to survive this unprecedented situation as a club is to make these adjustments," said club chairman Neil Golding.

"The board are very optimistic that this is a short-term issue and are taking steps to secure future funding which will put the club on a very sound financial footing."

Earlier, Rugby Players' Association liaison officer Christian Day slammed the way at which the Premiership clubs announced salary cuts to the players and the lack of transparency.

“All 13 clubs have done this their own way,” he said on the Rugby Union Weekly podcast. “There was no discussion with us beforehand and no central discussion from Premiership Rugby either.”

“What we would have preferred from the start was a lot more dialogue and understanding which is what seems to be happening in football currently.

“They are not just saying ‘this is going to happen’, there is instead a discussion of why it needs to happen and how it is all going to work.”