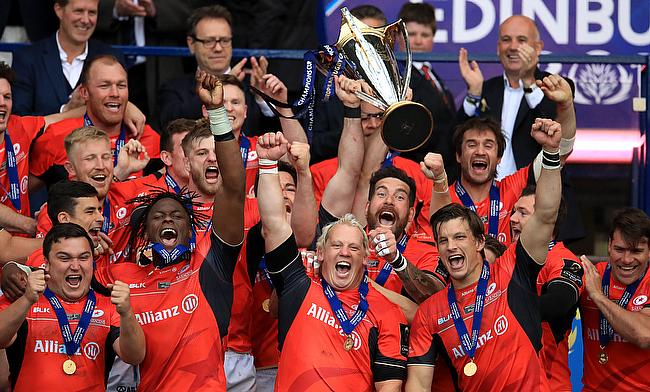 Gallagher Premiership clubs Saracens, Wasps and Worcester Warriors have announced a 25 per cent wages cut to the players after uncertainty over the pandemic coronavirus.

The Rugby Football Union had announced the end of the domestic season except the Premiership following the rapid spread of COVID-19 with the top tier competition also in doubt.

With only 13 rounds completed, the clubs expect huge losses in revenues and as a result they have announced reduction of players' salaries by a quarter effective from 1st April.

Five-time champions Saracens along with Wasps and Worcester Warriors have released a statement announcing the cut of wages while it is reported that Gloucester have also informed the players on the same.

“We are putting in place salary reductions of 25 per cent across the majority of the rugby department until we are playing Premiership matches again,” Wasps chief executive Stephen Vaughan said.

“These measures will take effect from April 1. A number of lower paid staff will be excluded from these salary reductions.”

The Warriors also released a statement that the club is determined to overcome the setback.

“The 25 per cent reduction will not apply to staff below a certain salary threshold to ensure they are protected. We have offered as much support as we can to any member of staff who may suffer particular hardship as a consequence.

“We appreciate this is not an ideal situation for anyone but we hope that with the support of our loyal and dedicated staff in these difficult and challenging times that we can manage our way through this period.

“Our aim is to plan for the day in the near future when we re-open the gates of Sixways to a full house where we can all enjoy cheering on the boys and the dizzying highs and lows that come with it.”