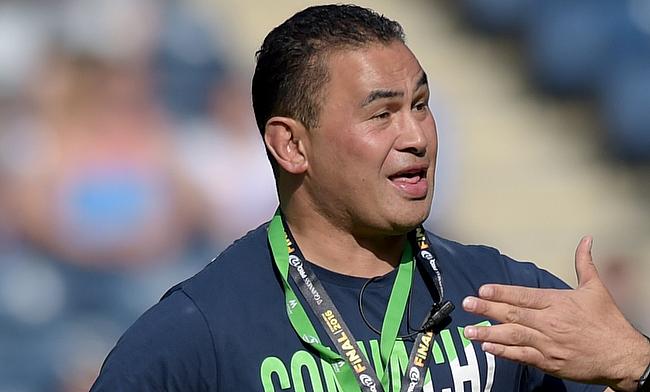 Pat Lam is delighted with the signing of Chris Vui
©PA

Bristol Bears have confirmed that Samoa captain Chris Vui has penned a new deal that will keep him with the Gallagher Premiership club at least until 2022.

He switched to Premiership in 2016 when he signed a contract with Worcester Warriors before moving to Bristol in 2017. Vui has overall played 10 games in the English Premiership spread across both the clubs in which he scored a solitary try.

The 25-year-old represented New Zealand Under 20 side four times in 2013 before making his Test debut with Samoa in 2016. Until now he has played 12 Tests for the Pacific side.

“I’m really pleased Chris [Vui] sees his continued development as a world class player here at the Bristol Bears for the next three seasons. He is a quality person who believes in our vision and is committed to our team goals," said head coach Pat Lam.

"To be the youngest captain in world rugby is also a testament to Chris’ attitude and leadership qualities – we’re all excited about what he will bring to the Bristol Bears over the coming seasons.

“To be the youngest captain in world rugby is also a testament to Chris’ attitude and leadership qualities – we’re all excited about what he will bring to the Bristol Bears over the coming seasons."

Meanwhile, Vui said the decision to remain with Bristol was a straightforward choice.

“It was an easy decision to commit to Bristol Bears. I have a fantastic relationship with Pat [Lam] and the coaching team and we have a close-knit squad that are determined to achieve success.

“My family and I are very happy in the city, we love it here. The main thing for me now is to get my head down and focus on playing well for Bristol as we have a hugely important second half of the season to come.”