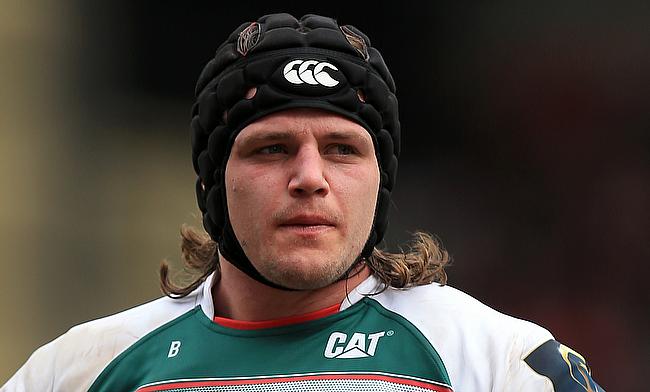 Harry Thacker scored a double as Bristol Bears went on to trounce a 14-men Leicester Tigers 41-10 in their Gallagher Premiership encounter at Ashton Gate on Saturday.

Thacker, who played for the Tigers previously scored both his tries in the first half to set the tone for Pat Lam's side, who now move to the sixth position with the bonus point victory while the Tigers are at seventh place. This is also Bristol's first win over Leicester in last eight games.

The home side got off to a promising start with Thacker crossing over in the second minute and Ian Madigan followed it with a conversion and a penalty goal to take the scoreline to 10-0.

Manu Tuilagi on his return from England duty led the response from Leicester as he went over the line in the 16th minute and the scores were down to 10-7 with George Ford's conversion. The visitors' hopes were hampered when Kyle Eastmond was sent-off in the 25th minute for a high tackle on Madigan restricting them to 14-men for the remainder of the game.

The Bristol fly-half kicked a three-pointer to stretch their lead to six points but it was their turn to lose a player temporarily with John Afoa was yellow-carded for a shoulder charge on Jonny May and Ford's penalty brought the gap down to three points once again.

Nevertheless, the shortage of a player was too tough for Leicester to manage as a penalty from Madigan followed by a second from Thacker meant Bristol went into the break with a 11 point lead.

Things went from bad to worse for Leicester in the second half with back to back tries from Luke Morahan and Harry Randall in the 45th and 50th minute. Madigan also kicked two apiece of conversions and penalties to seal a 31-point victory for Bristol.