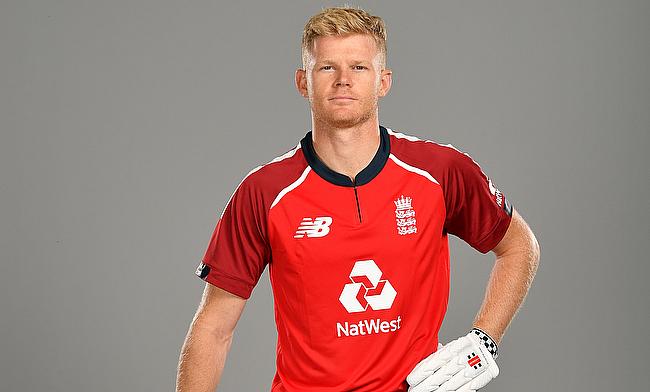 Sam Billings’ rugby career never amounted to much. When he was 16, he was playing at scrum-half for Haileybury College, but after being tackled, he made contact with a teammates knee. Lights out.

Kent soon put a stop to any more rugby for Billings. Instead he would watch on as his former roommate and close friend, Jamie George, began to make a name for himself in the sport.

Billings would go on to carve out a career in the cricketing world and in fact, made his England debut in the same year as George earnt his first international cap.

“We played together in first year and some of the second and then he got into the firsts, which was pretty freakish,” Billings told TRU. “He fancied himself as a cricketer and came in at four and five and slugged it about a bit. He’ll like that I mentioned that, because he still rates himself.”

As is well known, Covid-19 changed the world that we live in. Whether watching or playing, sport is a past-time for billions globally. The return of professional sport became a priority worldwide, with cricket the second elite sport to return in England, following in the footsteps of football.

Adopting a bio-secure bubble approach, many of the finest cricketers in the world were confined to hotels in Manchester and Southampton from July until September when the men’s international calendar concluded.

This week, international rugby players have entered a bio-secure bubble for the conclusion of the Six Nations and the inaugural Autumn Nations Cup. Unable to leave the hotel, unless otherwise approved, or even visit one another’s rooms, it is going to be quite the adjustment for players.

Billings’ first involvement with England came in late July, in a series win against Ireland at the Rose Bowl. T20 and One Day International (ODI) series’ against both Pakistan and Australia would follow, putting a full-stop on a brilliant summer of the sport, especially considering how Covid-19 nearly wiped out the summer calendar.

Away from friends and family for extended periods of time, Billings believes that cricket was well-suited to the regulations put in place given the nature of touring in normal circumstances.

“We are used to being in a bubble,” Billings said. “We are used to being in hotels for a long period of time, like with the IPL and stuff like that, I suppose other sports are slightly different because they don’t necessarily have those extended periods away as much as we do. For us, I think the only complexity was the start of it really (awaiting test results in their rooms) and just getting our heads around what we have to do.”

Since leaving the bio-secure environment, England fast-bowler Jofra Archer has cited bubble life as mentally challenging and the 25-year-old was actually omitted from the second Test against the West Indies when it emerged that he had made an unauthorised trip home.

Even more recently, England’s game against the Barbarians was cancelled after Barbarians players left their bubble to visit a restaurant on Wednesday night. Their trip was unauthorised and as a result excluded 12 of the invitational side’s players from being able to play.

This Sunday's Quilter Cup fixture has been cancelled following several breaches of the Covid code of conduct within the Barbarians squad.

Despite the efforts of organisers to bring in players from Wales and even from Eddie Jones’ England squad, the RFU felt obliged to call the game off after it emerged that there was a prior breach on the Tuesday and the risk of infection was too great.

Seeing the same sights for days at a time and a certain sense of freedom taken away from you would be challenging, but Billings admits that having a good support network outside the bubble was instrumental for him.

“I’m very lucky that my parents didn’t like me much, sending me away to boarding school a very long time ago at a young age,” Billings joked. “I’m pretty independent in that way and self-sufficient, so I like to think that you can stick me anywhere and I can get on with it and create something to make the best out of a situation.

“I didn’t actually feel like it was too much of a struggle if I am honest. I just had ways of switching off, I had people outside of the bubble to talk to, about cricket, about other stuff and my girlfriend as well. It is about working out what you need to get away from it and get away from the game.

“A daily routine was the biggest, key thing. To not let the days, get away from you, even if it is a day off, just to have little things, morning routines to set you up for the day as if you were living your normal life outside the bubble.”

Whilst Billings’ own experience in the bubble wasn’t too taxing for him personally, he is more than aware it was a difficult period for some. He had praise in particular for one man who was present in the camp for an extended period of time, playing across all three formats of the game.

“Some of the guys struggled more than others and it is having the self-awareness and also having those trustworthy people around you to lean on,” Billings said. “Jos (Buttler), for instance, he was in the bubble for 11 weeks, which is truly remarkable and to sustain performance for 11 weeks consistently in all three different formats of the game, is pretty special actually. 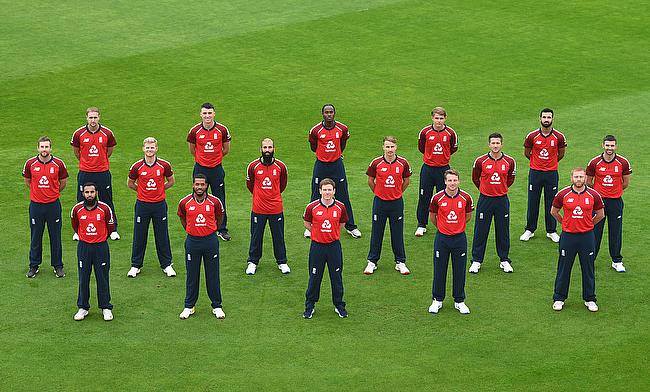 England's Jos Buttler was in a bubble for 11 weeks
©ECB

“That is a credit to how he dealt with it and he had a good support network around him, as did other guys. The biggest learning for me, is that actually the guys who performed and dealt with it best, it translated on and off the pitch, because they had things to allow them to perform well and to escape the game.

“It is so key, isn’t it? For any sportsman, especially when you are living at the ground like we were, to get away from the game and switch off really. That’s the biggest thing for me, the self-awareness aspect and just getting what you need in the bubble, a superficial environment and actually make the environment your own.”

From this week until the end of the Autumn Nations Cup, England’s male rugby players will be with one another for a total of seven weeks. Of course, many international tours take the same amount of time, but being unable to leave their hotel and spend extended periods of time in one another’s company, there is going to be a strain on some of the individuals in the squad.

Jamie George recently told TRU that he could compare being in a bubble with the experiences he endured with England last year, whilst being away in Italy and of course, Japan.. Even then, there were obvious strains, Mike Brown and Ben Te’o having an altercation at an England socialising event in Treviso. Each would not be selected for the World Cup in Japan, but it was one of the most talked about events in the lead-up to the tournament.

In rugby too, there is a higher number of people involved. As obvious as that sounds, it means there are far more personalities to take into account and more people to look out for.

“One of the biggest challenges is purely managing the amount of people that you have got to manage in that environment,” Billings said. “The rugby lads, there are some big personalities there and it is just managing the situation, so tempers don’t flare up too much during training or anything, because people will get agitated, it is easier to get agitated in the bubble and that can be positive in some ways, but can obviously be negative.

Mixed feelings, big shame not to get over the line but I can’t thank you all enough for the messages, grateful for all of the love ???? We go again tomorrow! @englandcricket ????

“The support network around players, realising when they are struggling; that is where in sport, especially in cricket and rugby, it has changed a lot and there has been a realisation that mental health has as much importance as physical health. I think they will be well equipped to deal with that because they are fully aware of the importance of that now.”

As for George, Billings believes that England’s starting hooker could be one of those to thrive in the bubble and the wicketkeeper has very little advice to offer his old friend.

“I find his impact really great because he is very switched on,” Billings said. “He has got other things outside of rugby to take his mind off things, which I think is a huge skill in itself and that is the great thing. That is more saying to him that I am at the end of the phone if need be and to just shout if needed because I think Jamie is one of those guys who will be really well equipped and, also, will help the guys out hugely.

“He is very empathetic and very thoughtful about people, so I think he will be a great asset, especially as he is such a leader with the group, to really support them throughout the period. The only advice I would give him is to be self-aware and know what you need to do to get away from the game and to have a support network around you.

“I think that is the most key thing for me, that looks different from individual to individual, so Jamie’s might be very different to an Elliot Daly or whoever. No doubt they will be supporting one another. They are joined at the hip.”