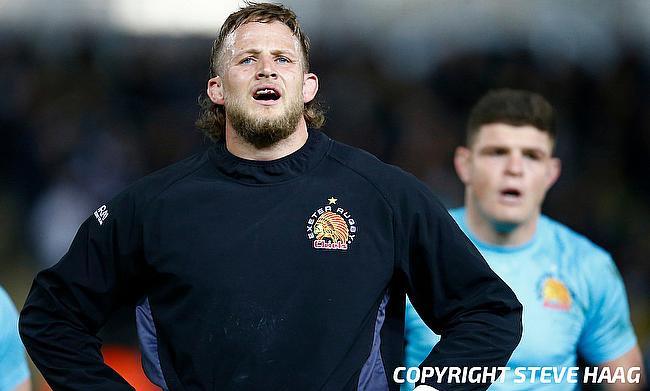 England international Jonny Hill is set to make a switch from Exeter Chiefs to Gallagher Premiership rivals Sale Sharks ahead of the 2022/23 season.

Hill will join the likes of his England team-mates Bevan Rodd, Tom Curry, Raffi Quirke and Manu Tuilagi at the AJ Bell Stadium.

The 27-year-old started his professional rugby career with Gloucester Rugby in 2013 and moved to Exeter Chiefs ahead of the 2015/16 season. He has gone on to make over 100 appearances for Exeter and was part of the squad that clinched a double of Premiership and Heineken Champions Cup in the 2019/20 season.

His international debut for England came against Italy in the delayed 2020 Six Nations Championship and has gone on to play 12 Tests.

“He’s a player who knows how to win and what it takes to grind out those big games and that sort of experience is invaluable. His on-field qualities speak for themselves but what sets him apart for me is that he’s a genuinely good bloke and will no doubt add to the environment and culture that we have here.

“Having spoken to Jonny on a couple of occasions, I was really impressed with his appetite to improve and it’s exciting that he wants to do that at Sale Sharks. It tells me that we have a player of international class who believes in the club’s ambition, the culture that we’re building and wants to be apart of it, for me that’s mega.

“We’re thrilled to be bringing Jonny on board for next season and can’t wait to welcome him to Manchester.”

Sale Sharks are positioned 11th in the Gallagher Premiership with three wins from nine games and will face Newcastle Falcons next on 26th December at Kingston Park Stadium.