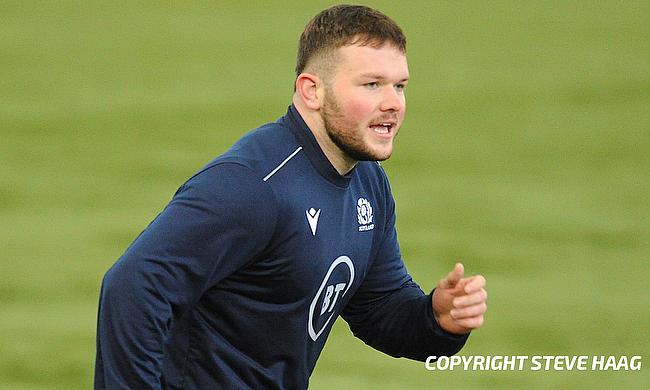 Sale Sharks managed to overcome yellow cards to Lood De Jager and Ben Curry as they edged out Ospreys 21-13 in the opening game of the Heineken Champions Cup in Swansea on Sunday.

All the points scored by Sale Sharks came in the first half as they managed to hold off the Welsh regional side in the second half to kick-start their campaign with a victory.

Flanker Jac Morgan was a late withdrawal for Sale Sharks as they had Identical twins Jean-Luc and Daniel du Preez and Tom and Ben Curry together in the pack with Sam James and Luke James providing cover on the bench.

Sale were the first to open their account as Rohan van Rensburg powered his way over after brushing away tackles from Michael Collins and Owen Watkin and AJ MacGinty followed with the conversion to make it 0-7.

Even though Gareth Anscombe kicked the opening Ospreys points in the 9th minute but Sale doubled their tally with this time Scotland's Ewan Ashman touching down at the back of a line out and MacGinty kicked the extras to make it 3-14.

The start of the second quarter saw Jean-Luc du Preez reached over a ruck to dive from close range in the 25th minute for Sale's third try and MacGinty improved as they stretched their lead to 3-21. Just before the break, Sale were down to 14 players temporarily with Lood De Jager sin-binned for persistent offending.

Even though Ospreys did not make use of the numerical advantage, they clawed their way back into the game with a long pass from Rhys Webb setting up Luke Morgan over and Josh Thomas followed with a conversion and a penalty goal to reduce the gap down to eight points.

Ospreys were handed a big chance as Sale were down to 14 players once again in the 68th minute with this time Ben Curry yellow carded with his brother Tom coming off with a back injury. Again Ospreys opted to ignore the three-point option and Sale cleared their lines.

England scrum-half Raffi Quirke almost claimed a bonus-point try but was deemed to have knocked the ball on over the Ospreys line, although it had no impact on the outcome of the game.