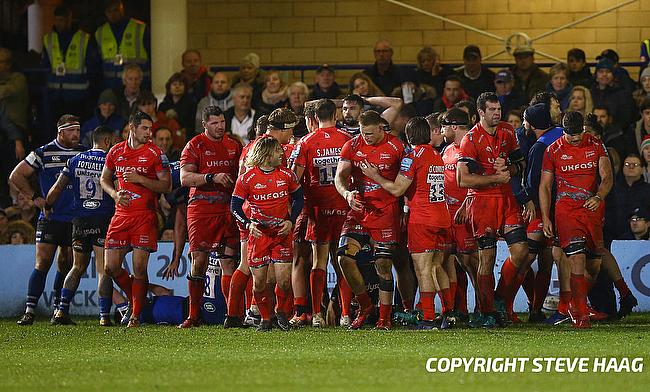 This shouldn’t have even been a question 36 hours out from the first Gallagher Premiership club fulfilling their European fixture in France, but now we have been given some form of clarity ahead of this weekend's Champions Cup and Challenge Cup matches.

Newcastle Falcons face Biarritz Olympique on Friday evening, but Dean Richards’ side - along with Sale Sharks and Bath - had previously expressed their concerns around travel restrictions and were willing to boycott their matches.

The protocols did state they would need to isolate for 48 hours on arrival and produce a negative test before leaving quarantine, but the worst-case scenario was players or staff could have been forced to stay in France for 10 days if they returned a positive test.

However, on Thursday morning, there was finally some good news for the trio of English clubs. The French government announced it was relaxing border rules meaning vaccinated travellers will be able to enter the country from Friday without the need to isolate, but must return a negative test 24 hours before leaving the UK.

Unvaccinated people can travel if they can demonstrate that their trip is essential, but will have to quarantine for 10 days in France.  Premiership Rugby have confirmed 96 per cent of the league's players are fully vaccinated.

Sale boss Alex Sanderson was the first to break the news on Wednesday that his side would be travelling to Clermont Auvergne for Sunday’s Champions Cup clash.

The Sharks are due to arrive in France on Saturday and return the next day: “We’re going, that’s what I’ve been informed,” said Sanderson. “My understanding is we don’t have to stay the 48 hours or PCR test, which was the worry because people would probably get trapped over in France.

"We found out first thing this morning. An email was sent through to our doctor via our manager and I have seen him again.

“I haven’t spoken to EPCR directly, but on the back of all the communication thus far we have had, we are very positive in hiring chartered aeroplanes and hotels, that it’s going to happen.

Details of eased travel restrictions from ???? to ????, decision taken due to “systemic spread” of Omicron in both countries
-In force from tomorrow
-Negative test 24 hours before can be PCR or antigen
-No essential travel reason needed
-No isolation
-Unvaccinated isolate for 10 days pic.twitter.com/PGz2Q9U9Kz

"There might still need a queen’s seal to make it official, but all the communications we have had, it’s happening.”

Sanderson revealed he was confident the required Schengen-compliant visas needed for Sale’s South African players would also be pushed through: "Thanks to the EPCR and the French consulate, we got to meet someone in Manchester on Monday who approved all the identification and sent it down to London to get reapproved and we presume it goes on from there to somebody else higher up the echelons of red tape.

"That is where we are at with that. We are still waiting for them back but we are confident we will get them back.”

Sale, Newcastle and Bath had all been given an exemption to travel to France as their fixtures fell under the bracket of “economic activity”, but with the latest news coming out of the country this morning, a full round of European fixtures might be on the cards for the first time this season.

Northampton Saints chief executive Mark Darbon was also asked about the lack of clarity which has surrounded this weekend's matches, with Chris Boyd's side set to travel to Paris to face Racing 92 next Sunday.

"I am pleased we are not travelling this weekend," he said. "We've been lucky as a club with how our fixtures have fallen. We weren't impacted when there was difficulty for the French clubs coming over to the UK before Christmas and we are, quite frankly, sitting back and watching how it plays out this weekend and we will shape our arrangments for our trip to Paris next week.

"This is an extremely complicated set of circumstances where things are moving quite rapidly. The decisions that are being made are not just dependant or reliant on the governing body, in this case ECPR, they are dependant on government level decisions.

"I emphasise to an extent. It is challenging but sat here with a club hat on, the whole situation is frustrating because you are trying to plan effectively. We have made selection decisions for this weekend [v Ulster] not knowing what a trip to France may look like the week after. That is not an optimal situation for anyone.

"We are deliberately waiting to press the green button and confirm things until we know exactly what the requirements are and what that may look like."