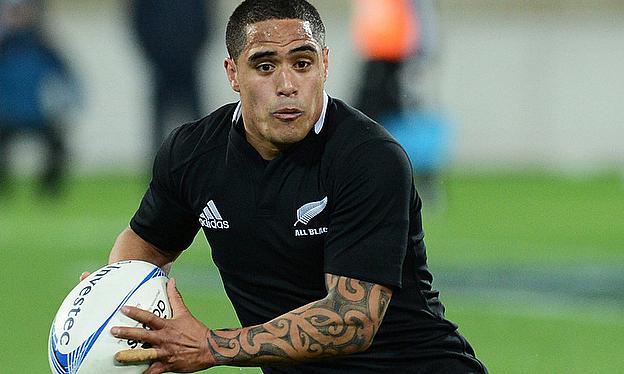 Aaron Smith is definitely the in-form scrum half
©PA

With the Rugby World Cup creeping ever closer, we bring you another look at next year’s tournament, this time focusing on the groups of players who could make-or-break their nation’s chances.

Individual players often steal the show at Rugby World Cups with eye-catching performances, but more often than not, it’s actually units of players that determine success. For example, New Zealand’s midfield of Ma’a Nonu and Conrad Smith were pivotal in the All Blacks winning their second RWC in 2011, whilst a back three of Bryan Habana, JP Pietersen and Percy Montgomery proved to be the points-scoring machines required for South Africa to lift the trophy in 2007.

Looking further back, a back row of Richard Hill, Neil Back and Lawrence Dallaglio propelled England to the northern hemisphere’s sole victory in 2003 and the half-back pairing of George Gregan and Stephen Larkham were invaluable in guiding Australia to success in 1999. With this in mind, we’ve put together some position groups that could cause teams’ RWC ambitions to sink or swim.

In Aaron Smith, the All Blacks have the world’s premiere scrum-half and outside of him they have one of the greatest to ever play the game, Dan Carter. The pair are unmatched in world rugby at time of writing and, if fit, will give New Zealand a great chance of retaining the trophy they won three years ago. Should durability prove a concern for the ageing Carter however, the All Blacks are also blessed with extraordinary strength in depth, with Beauden Barrett, Aaron Cruden and even Colin Slade all capable of driving the high-performance sports car that is the New Zealand rugby team.

You could pick three international-calibre back row units from the South African player pool with very little difference in quality between them. The combination of Duane Vermeulen, Marcell Coetzee and Oupa Mohojé were imperious in their 27-25 victory over New Zealand earlier this season, whilst Schalk Burger, Francois Louw, Nizaam Carr, Willem Alberts and Siya Kolisi are just some of the names Heyneke Meyer also has at his disposal. Continuity in selection will be important for South Africa, but with the dense schedule of the RWC, the plethora of dynamic and distinct options the Springboks have could be telling.

Few people would argue with the statement that Brodie Retallick and Sam Whitelock form the most effective second row in world rugby, but in Courtney Lawes and Joe Launchbury, England run them a close second. The duo provide an energy and athleticism, particularly defensively, that suits Stuart Lancaster’s high-tempo system perfectly. Dave Attwood, George Kruis and Geoff Parling provide quality depth, but another season together for Lawes and Launchbury should have them in a position to challenge the vaunted All Black pairing next year.

The best half-back combination in the northern hemisphere, Conor Murray and Jonathan Sexton give Ireland a chance against any opposition. Murray is currently sparkling for Munster, whilst Sexton looks a far more comfortable player at Racing Metro this season, than he did last. Whether it’s a year under his belt in the Top 14 or the knowledge he is returning home to Leinster that has done it, Sexton should be a better player for overcoming the adversities he faced last season and Ireland should profit as a result. In a pool with little-to-no established and/or quality half-back combinations (France, Italy, Canada and Romania), Murray and Sexton should guide Ireland to the top of the pool a more favourable quarter-final than France or Italy end up with.

Failing to lock down your preferred positional combinations in ample time for the RWC can be a campaign killer and England’s centre pairing remains very much in flux. Manu Tuilagi is presumably a given, but his latest injury has forced him out of the autumn internationals, denying Lancaster the opportunity of seeing him build chemistry with England’s preferred 12. Kyle Eastmond, Brad Barritt, Jonathan Joseph, Luther Burrell and Henry Slade will all battle it out for playing time this autumn and whilst all offer plenty of positives, failure to make a decisive decision at the position by the end of the autumn internationals could cost England at the RWC.

For so long an area of strength, the front row has rapidly become an area of real concern for Warren Gatland. Gethin Jenkins and Adam Jones have been the standout props in the northern hemisphere for the best part of the last decade, but age it seems has finally caught up with them. Both players have struggled for Cardiff so far this season, so much so that Jones has failed to make the Wales squad this autumn. Nicky Smith has been a revelation for the Ospreys so far this season, whilst Samson Lee continues his impressive development for the Scarlets, but both are inexperienced and would be tested mentally as well as physically by a RWC schedule.

Like England, Ireland does not have a midfield pairing locked down as of yet. The Jared Payne experiment has not worked at provincial level, so would surely be a mistake to repeat at international level, but whether Joe Schmidt tries to or not, it still seems a case that Ireland will need to fit a square peg into a round hole – at least for the meantime – in their midfield. The form of Ian Madigan and Robbie Henshaw is hard to ignore, whilst the experience of Gordon D’Arcy could prove pivotal at a RWC. With both spots wide open and the aforementioned players being utilised at multiple positions by their provinces, there are actually more questions over Ireland’s midfield than there are over England’s at this point.

You could replace ‘half-backs’ for a number of positions within the French team, but given the importance of this unit in successful teams and the time it takes to develop chemistry, this surely takes priority. Camille Lopez starting in front of Rémi Tales makes a lot of sense at fly-half – perhaps too much sense for France and Philippe Saint-André – given the understanding he already has with presumed French inside centre Wesley Fofana, but things are a little murkier at scrum-half. The uncapped Rory Kockott seems to be in pole position to take on the mantle, but Sébastien Tillous-Borde’s form at Toulon cannot be ignored, either. Whichever direction Saint-André opts to go with his half-backs, he needs to be decisive and trust in his choices, lest they arrive at the RWC thoroughly under-prepared. The four half-backs in the current French squad (Kockott, Tillous-Borde, Lopez and Tales) have just 20 caps between them and look a considerable way off being world beaters.