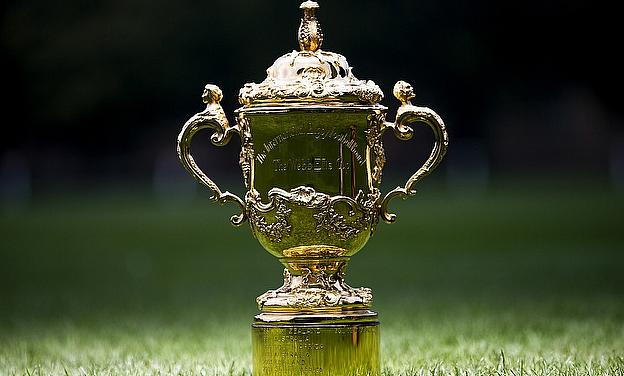 RWC2015 will be hugely popular
©PA

World Cup Spot for Uruguay
Rugby World Cup: Runners and Riders
Johnson's World Cup Regrets
Wilkinson vows to "not be so obsessive" one year from RWC2015

Almost one million tickets were snapped up for Rugby World Cup 2015 during last month's general sale, tournament organisers have announced.

And there were 650,000 ticket applications alone for England's pivotal pool clash against Australia at Twickenham next autumn, with 500,000 for the World Cup final next October.

Tickets went on general sale for an 18-day period, and 23 out of the 48 tournament games went to a ballot at every price category.

Total ticket applications were more than five million, which is a higher level of demand than for any of the previous seven Rugby World Cup tournaments.

Unsuccessful applicants in the September sale will be given priority when remaining tickets go on sale by the end of November.

England Rugby 2015 chief executive Debbie Jevans said: "We are thrilled with demand for tickets a year out from the tournament, and the record level of demand we saw in September is a terrific indicator of the general interest and excitement for Rugby World Cup 2015.

"Demand has exceeded supply for a high number of our matches, and the only downside of such strong demand is that there will inevitably be some disappointment when rugby fans are notified of the results of their applications on Saturday.

"We would like to thank everyone who applied for tickets, and anyone who missed out on tickets this time will get first priority when the remaining tickets go back on sale next month."

And International Rugby Board chairman Bernard Lapasset added: "We are delighted with the incredible demand for tickets across the tournament from fans in the UK and around the world.

"Rugby World Cup is all about the fans and the players, and today's announcement reinforces our belief that Rugby World Cup 2015 will be a very special record-breaking celebration of rugby and the host nation. It really is too big to miss."

Sports Minister Helen Grant, meanwhile, said sales boded well for "a fantastic tournament", adding: "I am sure the atmosphere will be absolutely electric and England 2015 will further cement this country's reputation as one of the best in the world for hosting major sports events."

In addition to the 950,000 tickets sold in the September sale, 340,000 tickets were sold by England Rugby 2015 to fans through rugby clubs in England and Wales as part of the Rugby Community Programme, while the overall sales figure will increase through the November sale.

Official hospitality for the tournament is also moving along at record pace, with all boxes sold out at Twickenham, Exeter's Sandy Park and the Falmer Stadium in Brighton.