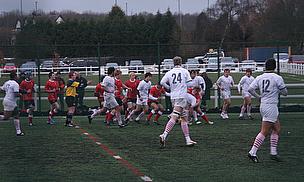 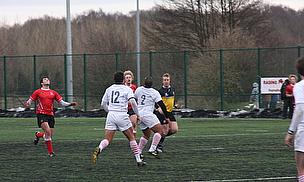 In 2015 England hosts the Rugby World Cup, it should be a massive sporting event and if ticket sales are anything to go by the public are relishing the event.

The UK's Chancellor is trying hard to shift attention with his bizarre platitudes toward the NFL. Fundamentally, #RWC2015 should be brilliant for the game of rugby union.

The RFU are a well funded and well run governing body. They make mistakes but we all do! The World Cup will be a well orchestrated global sporting event and the leadership of the RFU have ensured they have put a professional team to manage the event under the leadership of the well regarded Debbie Jevans. England2015 will make the whole country proud

The team itself will be well prepared and start as one of the favourites. Stuart Lancaster has tremendous playing resources to call upon so anything less than the final will be considered a failure.

The RFU are talking about a legacy and that is were it gets tough. Legacy goes beyond the event and beyond the current crop of players. So who is responsible for legacy?

Early signs are that the RFU has given the County Boards (CB's) substantial budgets to assist in creating legacy at grassroots. To date this seems to have been spent on establishing twitter accounts, Facebook accounts and hashtags. All very modern and relevant, as a judge on X-Factor might say.

Grassroots rugby has got its ticket allocation but as we visit clubs there is not much evidence that the Rugby World Cup is looming large. When we talk with the youngsters at clubs there is little knowledge of who is playing and where.

The vogue at clubs currently seems to be pitch side posters encouraging parents to behave responsibly! Very important but let's get back to the Rugby World Cup or #RWC2015.

Social media and the internet are great ways to communicate with players, coaches, administrators and fans; we totally agree, it is what we do. Just having a website or a Facebook page means little.

There is a need for content, original content that is well produced. It must inform, educate and entertain. Then the media must activate the event for fans and sponsors alike. The question is, are CB's designed or equipped to do this?

Sky Sports and BT Sports embrace this ethos and for those able to pay subscriptions then rugby union is available. The RFU must do more to get rugby union on terrestrial TV; that will assist in delivering legacy. There is plenty of good rugby available to televise:

Websites like our own are delivering content on a daily basis for grassroots rugby fans. There needs to be a greater sense that this media can contribute to the success of #RWC2015. It cannot be about subscriptions and hashtags alone.

PS...........despite emails, tweets, Facebook messages and old fashioned letters we still cannot get anyone at England2015 to talk to us about media accreditation!