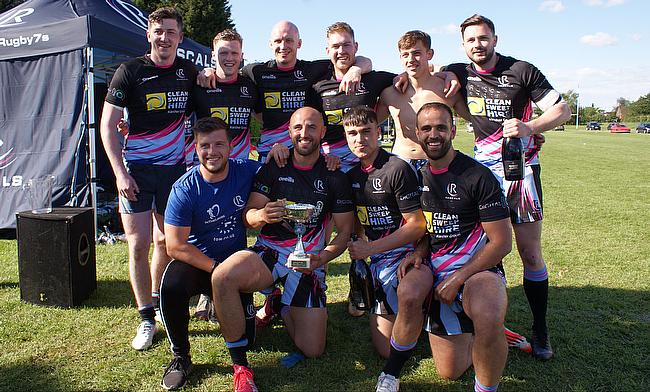 And just like that, rugby has come to a halt.

The build-up to a Friday night Gallagher Premiership clash, hopping on the train to Twickenham for a Six Nations fixture or even taking the bus to your local rugby club has, for now, been taken away from us.

From a working perspective, gathering content ideas hasn’t been the easiest task over the last few days but whilst rugby is enduring a rest period, plans for what is to come later in the year do still need to be discussed.

Of course, the uncertainty around when rugby will actually resume will rumble on for the next few weeks - despite the RFU pencilling in April 14th – but if the sport does return in just under four weeks’ time, it means we will be rapidly approaching the start of the National 7s season across the country.

Dom Tripp, part of the RFU’s Rugby Growth Team, announced on Monday that they are still planning a National Final in 2020 and as part of the Sevens circuit, Rascals 7s will be hoping to be involved once again.

Following government advice today, the RFU will suspend all rugby activity in England, at both professional and community level.

Please read the full statement below on our website.

After a very successful season last year, Rascals 7s failed to finish the campaign with a flourish at the National Finals but the team will be determined to go one better this time around, if and when rugby does get back to normal.

However, whilst Rascals 7s do have high aspirations for themselves, their own Sevens event is also set to make an impact this season for one particular reason.

Rascals 7s’ tournament is scheduled for May 9th and this year, they have organised a XRugby7s competition which is being backed by the RFU.

XRugby7s is a new format which is based on enjoyment and encouraging people to take up the sport. In short it is Sevens, played on a much smaller pitch with much simpler rules.

“We have had two successful years of social rugby with our social rugby sevens, but we want to include more people,” said James Coulson, who is the co-founder of the Rascals 7s tournament.

“We feel this idea of XRugby7s is all encompassing. We can invite Social, Development, Vets and Colts teams and we can even have corporate teams, a few of which are coming this year. It just involves a lot more parts of the community and it introduces people to rugby, who may not have even played Sevens or even the game before. XRugby7s is only played on a third of a pitch so it is an easier game to get to grips with.

“It is not as difficult to understand and learn! We thought we would get more people playing at the competition and the numbers we have got so far is showing it is working. We have got more teams signed up this year than we have had enter in any previous years.”

Now, a few people reading this may have noticed XRugby7s sounds very similar to the RugbyX competition which took place at the O2 Arena last year.

Launched by Olympic gold medal winning coach Ben Ryan, RugbyX was designed to inspire more people to become interested in the sport and those principles have bled into XRugby7s.

“I’ve been in regular contact with Ben Ryan,” Coulson added. “Everyone thinks XRugby7s is RugbyX and so did we! I rang up Ben and I asked him if he could give us some support, explain the differences and help us understand the format. He said he’d be happy to and was able to give us a lot of guidance.

“All the branding from the RFU then came out and their version was called XRugby7s. They are very similar names and it is very, very confusing, but the rules are pretty much identical. RugbyX promoted this game and the RFU have made their own game and decided to push their version forward.”

The Rascals 7s event in May is the only tournament in the North to offer the opportunity for players of all abilities to try their hand at XRugby7s, which can only be positive for boosting the profile of the sport in the region.

Coulson added: The person in charge of XRugby7s within the Rascals 7s is Ryan Barrett who is also our Head Coach.

“He is currently working at Sale Sharks within their community team and he also helps with their DPP programme. He’s really working hard on using his expertise, to make this side of the competition accessible to all teams, clubs and groups in the surrounding areas who previously would miss out on the opportunity to take part in this event.”

It is the Secure Trading Sevens Series National Finals in Nottingham this weekend and after topping the table following the qualifiers, Rascals 7s will be aiming for the big prize tomorrow. ?? https://t.co/xwPDH1lIXe

Whilst the current coronavirus pandemic has pressed the pause button on rugby, Rascals 7s are determined to keep moving forward despite the ever-changing situation.

The addition of XRugby7s to their tournament does give Rascals 7s another string to their bow on the sevens circuit and Coulson is keen for their event to fully embrace the ‘family festival feel’ if their competition does take place in two months’ time.

“We don’t really want to stand still,” he said. “On the Rascals team front, we are always bringing in new players or going to new competitions because we want to keep it fresh and travel to places you can’t when playing XV a-side.

“On the tournament side of things, because it is becoming a much bigger sport, you have now got three or four large competitions just within the North-West. You have got Caldy 7s, Skofic 7s, Chester 7s and ourselves, so the competition to bring teams to your event and get the festival atmosphere and bring communities together, is actually getting a lot tougher so to be able to bring a unique selling point such as XRugby7s is massive.

“With the England 7s Series, which is what our main team is involved in, it does get quite serious. in the past we have had to turn away really good players because our team was full. Therefore, the idea of branching our own tournament out as a way of getting as many people involved in rugby 7s from the local areas was massive for us. This year, it is all about inclusion and having fun.”