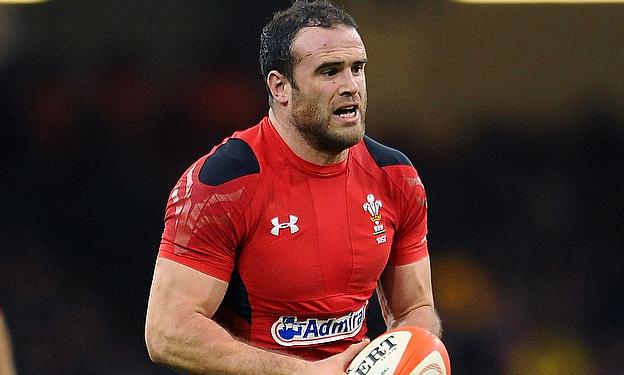 British and Irish Lions centre Jamie Roberts has completed his deal to join Harlequins next season.

The 28-year-old Wales battering-ram will join the Twickenham Stoop outfit this summer after two years in Paris with Top 14 giants Racing Metro.

Roberts will link up with Harlequins after Wales' World Cup exploits in the autumn and is likely to be available for selection from December.

"The whole club is ecstatic to have signed a player of Jamie's quality," said Harlequins rugby director O'Shea.

"He is massively ambitious to achieve at both club and international level.

"As a role model to all of our players, he will be someone we can all learn from.

The 69-cap Wales midfielder, already a qualified doctor after studying at Cardiff University, will read for a Masters degree in Medical Science, surgery, at Cambridge University during his time at Quins.

Aviva Premiership title-winners in 2012, Harlequins have suffered a disappointing campaign, finishing eighth in the league and missing out on European Champions Cup qualification.

"I'm delighted to have signed for Harlequins," said Roberts.

"Having played in Cardiff and in Paris, moving to London is a chance for me to experience and further develop my career in a different league.

"My desire to compete and win at both club and international level remains as strong as ever and the brand of rugby Harlequins play will challenge my skill-set and no doubt help me improve as a rugby player.

"You look at the calibre of the Harlequins squad and the coaching set-up; they are a team that are going to be competing at the top level year in, year out and that was a huge factor in my decision to sign.

"I'm also delighted and feel very privileged to have been accepted to study at Cambridge University and look forward to furthering my education part-time alongside my professional playing career.

"That balance in my life has served me well in the past and I'm excited to start this new chapter in London."