Brown out for the rest of the season 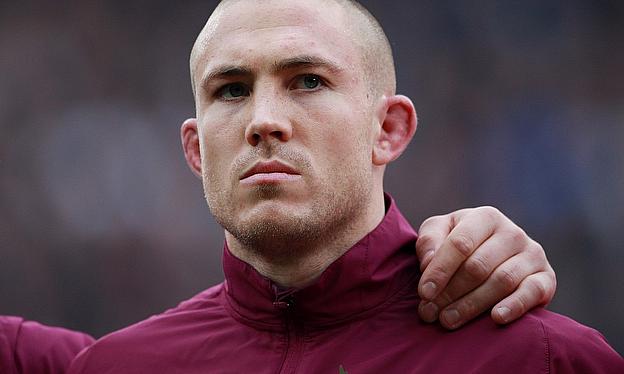 England and Harlequins full back Mike Brown may not play again this season due to ongoing concussion issues, according to reports.

The 29-year-old was knocked out during England's 47-17 victory over Italy in the RBS Six Nations nine weeks ago, but he is reportedly still suffering after-effects and has not played for Quins since returning from international duty last month.

When asked if Brown might be sidelined for the rest of the season Quins director of rugby Conor O'Shea told BBC Radio Five Live : "I would be lying if I said that mightn't be the case."

He added: "We've only got three games, or five if we get into the play-offs for Europe.

"If I was a betting man I wouldn't expect to see him back for the match against Bath either in a few weeks' time. Maybe Newcastle (on May 16) but we'll see what is best for the player."

Brown missed England's 19-9 defeat to Ireland after the Italy win, but returned for Stuart Lancaster's side for the remaining games against Scotland and France.

Despite getting through those matches, O'Shea explained that on his return to the Twickenham Stoop Brown described discomfort with headaches.

As a result he has not featured in the Aviva Premiership since and O'Shea says he will give the star man for club and country all the time he needs.

"He will be in training once he gets over the symptoms, but he is not symptom-free," O'Shea added.

"Once he is symptom-free he will start a slightly extended return-to-play (process).

"The corner could be turned any day, but it's 'how long is a piece of string?'

"It's nothing long-term or untoward, but everyone saw the knock he took against Italy and he obviously played two more high-intensity matches after taking a mandatory break. He just hasn't been right."