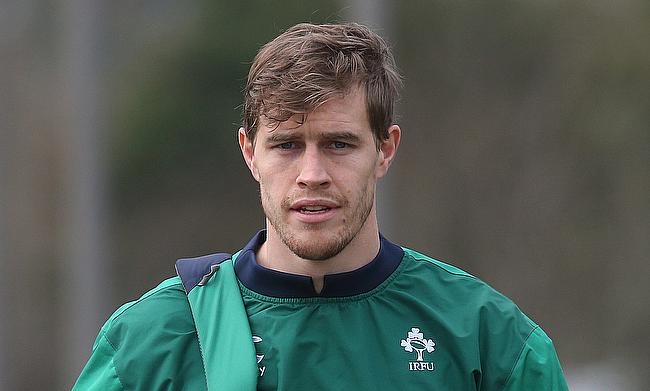 Ireland's Andrew Trimble, pictured, will share the Ulster captaincy with Rob Herring for the 2016-17 season
©PA

Ulster have announced on Wednesday that Rob Herring and Andrew Trimble will take over the captaincy of the Pro12 club for the upcoming season.

The duo will take over the role from Ireland captain Rory Best as the Belfast based club is looking for a long-term option. Hooker Herring joined the club in 2012 from London Irish and has made 97 appearances thus far. He has also acted as deputy to Best on numerous occasions.

On the other hand, Ireland wing Trimble is the most capped Ulster player with 206 appearances and has amassed over 300 points for the club.

Director of rugby at Ulster Les Kiss said the decision was taken after consulting with Best, who was appointed as the captain of the national team in January.

"Rory and I have been in discussions about this since the end of last season and we felt it was the perfect time for him to assist us in developing this new leadership structure," Kiss told www.ulsterrugby.com.

"His experience of captaining both Ulster and Ireland last season will continue to be invaluable for us as a group.

"In the current landscape it's hard to guarantee that one player will be available of all the time, so the shared captaincy model will give us more flexibility and continuity throughout the season.

"Rob and Andrew are two outstanding individuals who have the respect of everyone within the organisation and I'm delighted they have agreed to take on the captaincy."

Both Herring and Trimble expressed their delight in getting an opportunity to captain the club.

"To be named as captain of my home province is extremely humbling and this is without doubt one of the proudest moments of my career. We are a close-knit group of players and we are lucky to have so many leaders to call upon," said Trimble.

Herring said: "To be named a club captain of Ulster is an absolute honour and something that I will cherish for the rest of my life."