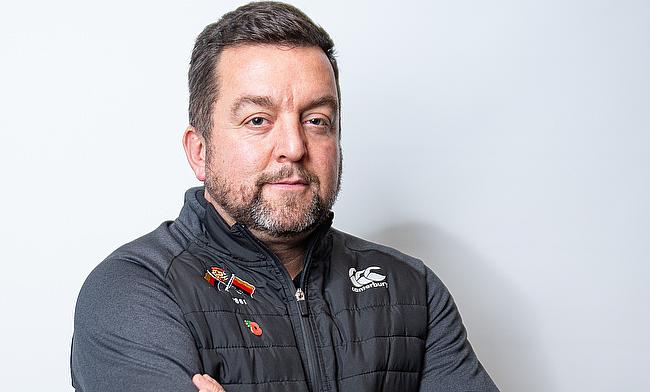 Exclusive: Ealing’s Max Bodilly on Saracens, the Championship and Trailfinders
Mark Cornwell Exclusive: Covid-19 challenges, reflecting on a tough season and Hartpury's conveyor belt of talent
GK IPA Championship Review: Richmond and Ampthill off the mark
A bounce back like no other: Richmond’s return to the Championship

Richmond’s return to the Championship ultimately yielded just one victory across the course of a truncated 10-match season.

The London-based club had to wait exactly a year between their last fixture in National One and their first in the second tier due to the coronavirus pandemic, but Steve Hill’s side didn’t quite make the impact they may have hoped for.

With the bar being set high by the obvious title candidates Saracens and Ealing Trailfinders, and with relegation scrapped, Richmond decided to use the last campaign as a learning experience even if wins were at a premium.

Whisper it quietly, but the light at the end of the tunnel is seemingly getting brighter as rugby at all levels looks to return to normal and the path Richmond have taken means they are actually in a better position to have a good crack at the Championship in 2021/22.

“The weird old season that was the Championship, we used it as a platform to learn a few things,” Richmond’s coach Dom Palacio tells TRU. “We signed quite a few players, but we hadn’t actually seen them play a game of rugby other than on clips they sent us from YouTube and opinions from other coaches!

“We didn’t really have a solid pre-season so we chose to use it as a learning experience. Yes, we ended bottom of the league and only won one game but we changed the team every week. That was a conscious decision, but in hindsight, the coaches didn’t like it and the players didn’t like it because we weren’t winning."

But what has been born out of Richmond’s sacrifice could drive the team forward this season.

Palacio explains one of the major plus points to come from the last campaign were the strong bonds which Richmond were able to form. The London club are known for their clear ethos around togetherness so small tournaments and social events [within the Covid-19 restrictions] have helped players blossom both on and off the field.

“I think to be honest with you, from a cohesion perspective, the non-contact, Ready 4 Rugby format enabled us to bring the entire club together in a tournament format at different times of the year within the rules of what we could also do socially afterwards,” Palacio said. “It really brought our rugby community together.

“The lads who come under my responsibility in the development squad, I think if you spoke to any of them, there are lads there who might have had a couple of beers after the game and gone home but some real friendships have been harnessed over this period. I am personally very excited, as they are, having seen them play because they are looking pretty sharp.

“That is one of the massive opportunities I have as a coach in the development group is seeing lads push on and get them to the point where if there was a bit of an injury crisis in a particular position, the lads can easily step up and take that opportunity and not look out of place. We have a 20-year-old prop who has been with us for three years and he has tried the 4ths, the 3rds, the 2nds and all of a sudden, he could have a crack at playing in the Champ so it is exciting times.”

And that progression and unity which Palacio alludes to is also evident when it comes to the technology which Richmond use at their club.

Over the course of last season, the Championship side partnered up with VEO, who are a global leader in AI-powered sports recording and analysis.

The club used their VEO camera to record and analyse matches, but also the array of squads Richmond have under their umbrella - including five men’s teams and two women’s teams - means they have all been able to benefit from the technology.

“It is amazing and the big thing for us is that the players love it,” Palacio adds. “I think prior to using VEO, we didn’t film many of our games at all. I think it might have been a handful and that was mainly with the Championship squad, but using VEO has put us in a position to allow the men’s teams, the women’s teams, Colts and slightly below as well to use this technology. It is so user friendly.

Big thanks again to @veocamera for partnering with our club. We're looking forward to using the Veo kit to film/analyse training + match footage for our men's and women's sections!

“We are after giving every player who is at the club as big an opportunity to play as high as they possibly want to. The lads who play for the 4ths and 5ths who don’t really train as often as everyone else, they are doing it for social reasons which is brilliant.

“You then have the younger lads who come through that pathway who are very motivated to develop and look at how they are doing. It is more relevant the higher up the teams we go, but to be able to pick up a bit of kit, put it on a tripod, press go on an app, you can’t ask for much more from a useability point of view.

“I think for a grassroots rugby club, it is a no brainer, really. The platform itself is so clever! It auto clips it so once the footage has uploaded - which is a process which is speeded up by VEO - you get it back with interactive mode and you have all your clips of tries, lineouts etc. It is mind-boggling how it does what it does really!”

Palacio admits the use of the technology also drives the standards of coaching and Richmond will be hoping VEO can give them an extra edge in 2021/22.

Last month, the new Championship fixtures were released and Steve Hill’s side will begin the season on September 18th with a trip to Cornish Pirates before their first home clash of the campaign comes against Nottingham at the Athletic Ground.

After an atypical season last term, Palacio feels the landscape of the second tier has changed but hopes Richmond can enjoy much more success this time around.

“From a Championship point of view, to an extent, we were competing against 11 full-time teams as the only part-time team in the league but now there are seven part-time teams including us and the pro teams are in the minority.

“We know that is a consequence of funding being cut and clubs having to realign their model. It is obviously a model we have had for the whole time we have been in the Championship.

“I think you can’t really call last season a season for us because we decided to do it in a slightly different way. I think it will be about going back to our procedures and our policies from when we came out of National One, but now with the league as it is with teams having to restructure, we have got to be looking at a midtable finish. I don’t think that is unrealistic, to be honest.”

Alex Waller Exclusive: “I come to work for a rest!”