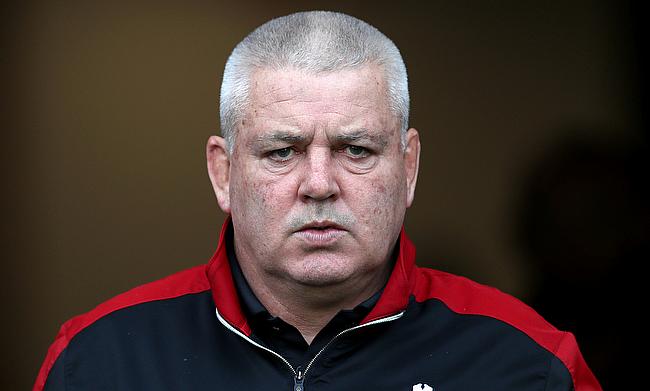 The Welsh Rugby Union (WRU) has announced a revision of their Senior Players Selection Policy to put a cap on the Welsh players plying their trade overseas.

Under the existing policy, which is more commonly referred as Gatland's law, the head coach will be able to pick three players from overseas and it was in consideration to increase to four in the upcoming season.

However, the WRU now have employed the Australian style selection process which will now make players with 60 or more Test appearances playing overseas to be eligible for national selection.

Taulupe Faletau, George North and Jamie Roberts are unlikely to be affected by the new rule while Dan Biggar is likely to cross the 60-Test mark by November before his switch to Northampton Saints next season.

The biggest casualty of the selection policy will be scrum-half Rhys Webb, who has planned to join Toulon next season after a 10-year stint with Ospreys. Wales boss Gatland insisted that the 28-year-old can continue to play international rugby if he reverses his decision to move overseas.

"It's a pre-agreement and I think, under law, once you've signed a contract that's binding but, before that [with a pre-agreement], both parties could potentially walk away from that," Gatland told BBC Sport Wales.

"In the short-term that's going to be his own decision and only he will know.

"I spoke to Rhys a number of weeks ago and he said, given his age, given his injury history, he's made a decision to go there and it was a personal decision he felt he couldn't walk away from, life-changing in terms of his future for him and his family."

Talented Ross Moriarty will also be another player in question but the 23-year-old does have an option to move back to Wales once his current contract with Gloucester expires.

"Whatever contract that a player is in today, that contract is protected," WRU chief executive Martyn Phillips explained.

"When that contract expires and If the player has less than 60 caps, they would not be eligible for selection. If they have 60 or more caps and they are outside Wales they would be. The existing policy worked to an extent, but it has not worked well enough. It was quite complicated. We want to make it simpler.

"We have tried to step back and say: 'let's try to simplify this' make it understandable for players, for supporters and try and give each of the five entities (four regions and Wales) access to the players they need."

Gatland also threw his weight behind the newly announced selection policy and believes it will benefit Welsh rugby on a whole.

"'For me as a national coach, if I was being perfectly selfish, would I have a policy? No I wouldn't. It is not about me or the national team, it is about what is the best thing for Welsh rugby?

"The best thing for Welsh rugby and for the union to support the regions is to try and keep the best players in Wales for as long as we possibly can. We know we are under pressure from market forces.

"This new policy is pretty much black and white."