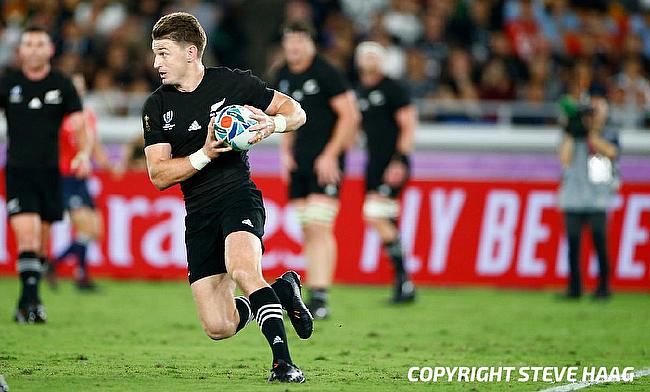 New Zealand ran in nine tries against Canada as they cruised to a 63-0 victory in Pool B. Joe Harvey gives his assessment from a one-sided contest in Oita.

As soon as New Zealand announced their team for this game, it became clear that Steve Hansen was not allowing any room for error against Canada in Oita.

The All Blacks breezed past the Canadians, who did make a good account of themselves, but were soundly beaten by the world champions.

The opening half was largely one way traffic. New Zealand powered into a commanding lead and secured the try scoring bonus point before the half-time whistle was even blown. From the kick-off New Zealand’s stall was set. Regaining possession from their kick, the All Blacks got under the sticks before the ball was held up by Canada.

From the resulting scrum, New Zealand’s opening points were secured. Canada were deemed to have illegally prevented Kieran Read from scoring and as a result Romain Poite awarded a penalty try. Some moments later, a brilliant Richie Mo’unga cross-field kick found Jordie Barrett whose effort was converted from the touchline by the man that provided his try.

There were several close calls from that point onwards. TJ Peranara couldn’t quite extend himself far enough and spilled the ball into touch in the corner, handing the possession back to Canada. However, that mistake wouldn’t be made twice. Sonny Bill Williams, who had been fairly involved up to this point, received the ball some 10 meters out and bulldozed his way through, extending his arm over the whitewash to secure the try and as ever, Mo’unga’s conversion was good.

Canada eventually got out of their half after a Gordon McRorie break that resulted in Peter Nelson being tackled at the five meter line. Unfortunately, nothing came from the score and after some loose play, New Zealand found themselves entrenched in Canada’s half once more.

FULL TIME: Hot and humid conditions in a rowdy Oita Stadium and the @AllBlacks come away with it ???? #RugbyCA #RWC2019 #NZLvCAN pic.twitter.com/waFyjamDip

Eventually Beauden Barrett scored after Sonny Bill Williams’ clever grubber through and Mo’unga added the extras There would be no more scoring in the half, but there was still plenty of rugby to play after the break.

Once more at the start of the half, New Zealand flew out of the blocks. Registering three tries in the space of seven minutes, Canada were hapless. Rieko Ioane went through first, benefitting from an inch perfect Sonny Bill Williams pass. Soon after, Scott Barrett dotted down after some good offloads in contact. The third followed another Ioane break that Shannon Frizell was supporting. Each try was converted, putting the All Blacks out of sight.

Brad Weber was the next try scorer for New Zealand. Beauden Barrett used his impressive pace to break contact before shipping the ball onto the replacement scrum half who dashed over the tryline. Again, Mo’unga converted. Weber grabbed his second try shortly after, combining well off the back of a scrum, the number nine raced over to give Mo’unga even more from the tee.

Fortunately for Canada, there were no further tries put past them. Beauden Barrett should have scored after the clock went red but spilled the ball when he looked sure to score.

If you were a neutral, this was a fantastic opportunity to see the All Blacks in full flight. Playing an opposition some what removed from the standard that the Kiwis play at, Steve Hansen’s team put out a performance that was probably expected by most, even if there were errors.

Both TJ Perenara and Scott Barrett dropped the ball over the line in the first half otherwise New Zealand’s lead at the break would have been greater, but ultimately, these mistakes were not going to massively effect the result.

"We run out of superlatives to talk about them." @dannycare lauds the @AllBlacks demolition job on Canada ??#NZLvCAN #RWC2019 pic.twitter.com/niIt4Nj5jc

Sonny Bill Williams had a very well rounded performance overall. Providing tries for Beauden Barrett and Rieko Ioane in the game, the centre showed no signs of his 34 years when gliding through his opposition. Offloading as well as ever too, the All Blacks legend certainly put his hand up to start again after being named on the bench against the Springboks in their opener.

What is there to say about Canada. Kingsley Jones’s side always had a stern task in Oita and certainly did have their moments. The Gordon McRorie break could have and probably should have led to a Canada try, but the Canadians lacked the nous to convert their efforts and were largely starved of the ball, often not getting out of their own half.

Added to this, Canada’s set piece didn’t function as well as it could have. Early on, the Canadian props were pinged at the scrums, meaning that New Zealand had the upper hand. As a result, the All Blacks often opted to scrum, knowing it was an area of weakness. Furthermore, there were several steals at the lineout when more intricate moves were attempted. You can’t do anything when you don’t have the ball.